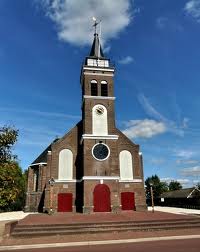 The bailouts of banks, speculators and manufacturers served their real purposes:  the multi-millionaires became billionaires and the later became multi-billionaires.  According to the annual report of the business magazine Forbes there are 1,210 individuals – and in many cases family clans – with a net value of $1 billion dollars (or more).  There total net worth is $4 trillion, 500 billion dollars, greater than the combined worth of 4 billion people in the world.  The current concentration of wealth exceeds any previous period in history; from King Midas, the Maharajahs, and the Robber Barons to the recent Silicon Valley – Wall Street moguls of the present decade.

As Japan’s agony grinds on, more and more foreign observers are marveling at the disciplined, orderly behavior of the victims of one of the greatest natural disasters of our time. Homeless Japanese patiently stand in line for food and water. They huddle uncomplainingly in cramped shelters. They do not loot. Why is the aftermath of catastrophe in Japan so unlike that in Haiti or Chile or New Orleans?

Japan expert after Japan expert has been rolled out to give the obligatory one-word answer—culture. But that’s not an explanation. All these experts do is describe the Japanese: they are community-minded, polite, honest, stoical, they care about “face”, etc. We knew that already. Tell us why they are that way.

The advantage of Whites in North America is their racial and linguistic unity stretching from Alaska to Arkansas, from San Francisco to Boston. This unique phenomenon, coupled with implicit racial awareness, still enables America to thrive as a global superpower. White Americans, regardless of their diverse European roots, can freely use the word “nationalism” given that this word has a specific all-White European meaning on the North American continent.

The issue that needs to be addressed, however, is not how the rapid balkanization of , largely caused by the uncontrolled immigration of non-Whites, represents a threat for Whites. Rather, the crucial point is how much racial and cultural consciousness the remaining two hundred million White Americans are willing to muster.