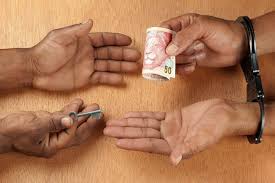 compatible with her legal and ethical obligations

do hereby make oath and say:

1. The facts herein deposed to are within my personal knowledge unless the

context indicates otherwise, and are to the best of my knowledge and belief,

2. Any matters of a legal nature raised are on the advice of my attorney and

3. I depose to this affidavit to my employer under the provisions and

protections afforded by the PDA and the City's Whistleblowing Policy and

seek the protections afforded by their provisions to employees such as me.

4. l wish to state at the outset that I have no personal animosity against

good faith; In accordance with my duties under my contact of employment and

Town; and with a view to drawing the facts set out below to the attention of

5. In good faith, I make this affidavit to the Deputy Mayor, Alderman Ian

Neilson, as my senior officer in terms of my employment. I do this as the

contents of this affidavit concerns both the City Manager and the Mayor, who

would ordinarily be regarded as my respective senior officers, representing

the employer. Furthermore, the Deputy Mayor has direct oversight over

probity matters, which pertain to the substance of what I describe below.

6. I have however. out of deference and transparency, provided a copy to the

Executive Mayor, (the Mayor) to whom I have a reporting line, who is the

subject of this affidavit, so that she will not be taken by surprise or feel

7. I do not believe that it is appropriate to submit this to the City

Manager (CM), my other reporting line, given the sensitivities and the

seniority and status of the Mayor, and that I have submitted a formal report

aspects of which overlap with what I set out below. In my respectful view,

this is a matter for the Municipal Council, my employer to consider as the

Senior Managers and the Financial Misconduct Regulationspromulgated under

the MFMA, a similar report recording a number of serious allegations against

the CM, and with the CM, as required, a similar report containing

allegations against the ED: Transport and Urban Development Authority, Ms.

Melissa Whitehead. A number of the allegations and issues I table below,

recommend that this affidavit and those two reports be read together.

the fare system of the MyCiti Bus Service. (This loss has subsequently

though they are experiencing difficulties quantifying the loss.) I advised

officials for some time without putting in place suitable control mechanisms

to stop the loss or attendto the conditions causing the loss. I notified her

that the report suggested potential financial misconduct, but I also stated

that no actions were required of her at that point.

23. The matter was subsequen1Iy considered by the City's Disciplinary Board,

established under the Financial Misconduct regulations, who sought legal

advice from Cliffe Dekker Hofmeyr (CDH). In a preliminary opinion issued on

29 August 2017 they recommended that the Commissione'rs and the City

Manager's conduct in relation t-o this issue be investigated.

24. When I tried to present the attorneys ' opinionto the Mayor in a meeting

report, the Mayor did not wish to receive it and said that we needed to make

the issue "go away" and that the matter should not reach the Council. This

naturally surprised and concerned me.

25. The Mayor displayed a similar stance at a subsequent meeting held on 5

bid evaluation process for the Foreshore Freeway tender. As will be

explained below, a report from Moore Stephens , independent consultants who

advise the City on tender matters, not only criticised the participation and

conduct of the Commissioner on the relevant bid evaluation committee, but

particular bid should be rejected because "Brett (Herron, Mayco Member for

.the TOA), the Mayor and the Deputy Mayor have said they will never accept

the [redacted] proposal"; (I om it the names of te_nderers involved) and

are the ultimate decision-makers".

allegation (amongst others) needed to be investigated and then reported to

the Counc il. The Mayor stated that the allegations would neither be

investigated nor reported to the Council. She said we should all be "team

players" and not make accusations; there was, she said, no need for

investigations or reports on this matter. Again I was concerned about her

stance. There is a sanitized note of this meeting (see below) which does not

record some of the key aspects of the meeting. I have a contemporaneous

record of it in the evidence pack. I also have my personal notesfrom that

meeting in the evidence pack.

31. In this matter, the Mayor did not table the matters raised against the

Commissioner or request an investigation into her at Council.

32. I discovered that in this matter, two junior staff members in the

Finance Department were dismissed. However, the senior manager (the

position and another manager, who was implicated in the report (see below)

33. My primary focus in this affidavit pertains to the Mayor, but I also

others. As mentioned above and below, on 1 November 2017, I furnished to the

Mayor and to the City Manager, respectively, reports containing allegations

against the City Manager (and the Commissioner).As I will explain below.

once I started to express concerns regarding the MyCiti issue, the City

did not ultimately eventuate).

34. Thereafter, when I started to express my views regarding the Foreshore

Freeway tender issues, I was threatened by Cllr Herron at the meeting on 5

September 2017, referred to below, that Probity should be removed from my

responsibility. Again, this has not yet actually come about.

the approval of the Mayor, immediately after an ad hoc and impromptumeeting

with the her held at 1:30pm, attempted to remove all probity functions from

me, with immediate effect, at a meeting with him, to which he summonsed me

at 2:00pm, though this too has not yet come about. As will be seen below,

this took place, immediately following, a meeting with the Mayor.