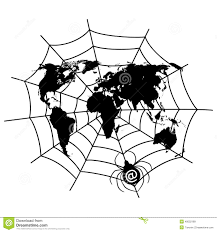 It is quite obvious to any student of geopolitics that the rise and rise of President Ramaphosa was sparked by him acquiring the shares at Alexandre Forbes. This brings me to the rationale on why President Ramaphosa must extend the terms of reference of the Commission of Inquiry into the Public Investment Corporation (PIC), which is the asset management company that invests funds on behalf of the GEPF.

It will be an injustice if the current terms of reference of the Commission of Inquiry into the PIC are left as they are because for more than a decade Trevor Manual was god presiding over billions in hard earned salaries of government employees whilst President Ramaphosa became Deputy god. Hence to only focus on the investment decisions taken by the former Chief Executive Officer (CEO) of the PIC, Dan Matjila, is quite frankly opportunistic and self serving. South Africans have every right to know which companies and individuals benefitted during the tenures at the GEPF of Trevor Manual and President Ramaphosa, especially since there was no board or governance in place at that time.

Another factor is the conflict of interest regarding both President Ramaphosa and Mr Trevor Manual which necessitates an investigation to unpack if President Ramaphosa directly used his position as a shareholder at GEPF to get capital injection into his own companies and the same applies to Trevor Manual, which also falls under the ambit of state capture. This by the way is no different to the conflict of interest associated with Nhlanhla Nene who opted to resign as the Minister of Finance.

The investment decisions by both Trevor Manual and President Ramaphosa, each in their capacity as NJ custodian of the GEPF, must also extend to the likes of Zanele Mbeki, Tokyo Sexwale, Saki Macozoma, Frank Chikane, Jay Naidoo, Kelso Gordian, Cheryl Carolus et cetera. To this end the Commission of Inquiry must assess whether they received, or legitimately received, any capital injection through GEPF. Moreover, the conduct of the likes of Johan Rupert, Christopher Wiese, Johannes Mouton, Stephen Koseff and Markus Jooste, who used the funds of the GEPF through their Asset Management companies which sub-contract with the PIC, to inject capital into their own businesses, must be inquired into.

It is therefore not surprising that the post 1994 Afrikaners, especially the Stellenbosch and Paarl gang, have become richer than they were during apartheid. Its precisely because Trevor Manual and President Ramaphosa literally handed them the pension funds of black employees without any competition from black owned asset management companies.

The PIC, which now controls trillions of pension fund money, has literally become a piggy bag for the private sector and politically connected elite who don’t have to work hard to earn their wealth but simply abuse and misuse money that belongs to workers, many of who are living from hand to mouth. Unfortunately, unions like the Congress of South African Trade Unions (COSATU) including the National Union of Metal Workers of South Africa (NUMSA) have never been vocal on this slave trade transaction because they are part and parcel of the same private sector which has perfected monopolizing public funds to feed the private sector. This is what Dr Okechukwu C Iheduru defined as labour capitalism in a paper titled ˜Organised Labour, Globalisation and Economic Reform: union investment companies in South Afric”.

The alleged R1-billion donated to President Cyril Ramaphosa’s ANC presidential campaign is being used as the basis to try and dislodge him from power.

A Gugulethu ANC member from Dula Omar region in the Western Cape filed an application in the high court in Joburg last week to declare invalid and set aside the outcome of the 54th ANC conference in 2017, which saw Ramaphosa become party president.

Lubabalo Sanqela has also asked the court to declare the national elective conference that was held at Nasrec, Joburg fraudulent and in violation of the ANC constitution.

He asked for an order declaring null and void the outcomes of the elections as they did not reflect the wishes of the genuine membership of the ANC.

Sanqela also sought an order to extend the previous national executive committee’s term so that it could elect a national task team to organise a “properly constituted” 54th elective conference within three months.

In court papers seen by Sunday World, Sanqela said a campaign known as CR17 was established with a view to garner votes for Ramaphosa. He said funds amounting to R1-billion were obtained to advance the interests of the current president and as such constituted a violation of the party’s constitution.

“While the conference which I seek to challenge took place in December 2017, the irregularities, vote buying, use of money, [and] creation of nonexistent branches only emerged recently in the media,” Sanqela said.

“The campaign … obtained large sums of money from the private sector in order to influence the outcome of the conference in favour of the current president, [ and that] constitutes a violation of the ANC constitution and its values.”

He said the funds were used to buy branch general meetings to have Ramaphosa nominated as a presidential candidate.

Sanqela further said branch membership numbers were manipulated and parallel structures were created and allowed to participate in the regional conferences, whose outcomes they influenced.

He said Free State ANC member Thapelo Leponesa has confessed to have taken part in the creation of nonexistent branches in the Western Cape and Free State.

“He [Thapelo] alleges this was done by collecting membership forms and stamping them with a fake bank stamp, which was manufactured on the instructions of one Mxolisi Dukwana,” he said, adding that Dukwana, a former Free State MEC, had received funds from CR17.

The matter will be heard on October 17.

ANC spokesperson Pule Mabe has said the party will oppose the application.