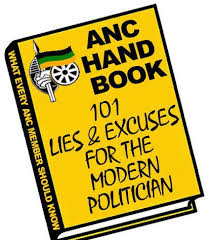 … Zuma took a jibe at those who were controlling the economy, saying they believed that they could buy people.

They make you an offer you cannot refuse, they give you millions …….. He said this is how politicians handed over their political power because they could be dictated to by those who have money.

WHEN YOU ARE ASKED TO STEP DOWN, SMILE AND DO SO QUIETLY - ZUMA

President Jacob Zuma has likened himself to Jesus saying that he too has been betrayed by people close to him.

"We were never loved. Even when we were in the struggle we were called terrorists... because we are doing good things we are hated... Even those who were with Jesus turned against him." Zuma was speaking in Mpumalanga on Saturday during his roadshow thanking ANC volunteers.

At an event on on Friday he said if leaders are asked to step down from their positions, they should do so without putting up a fight.

"When the leadership says step aside, smile and do so. Support the comrade that has been elected and show them the ropes.

"Don't go to a witch doctor and ask for muti to remove them because if you remove them, they might be replaced by another cadre. You will finish [Inkosi Albert] Luthuli's people," said Zuma.

Zuma was addressing more than 3000 ANC supporter at a cadres forum in Pietermaritzburg, KwaZulu-Natal.

"If you are like me and you know that positions are not important, you are a good member.

"Don't, when you are elected, tell yourself that you have arrived. No one is entitled to any position here. You are not given a position forever and when you are told to step down you put up a fight."

Zuma admitted that the ANC was facing challenges with the movement infiltrated by hatred, the buying of votes, jostling for positions and the looting of state funds.

You should ask yourselves why there are comrades that hated one another. They hate each other in the most unimaginable way."

Zuma said the party did not notice the challenges back in 2007 when Mosiuoa Lekota broke away from the party to form the Congress of the People.

"We thought it was just a mistake when a breakaway party called Cope was formed. The time had come. Opinions had changed so much but these were the same people that were prepared to die with you. These are the same people that loved the ANC and said they would die members of the party. They left us, they launched the organisation.

"Comrades left and never came back. Problems in organisations do not start in the masses, they start in the leadership. That is where problems begin," he said.

Zuma took a jibe at those who were controlling the economy, saying they believed that they could buy people.

"They buy people like they are blazers. They make you an offer you cannot refuse, they give you millions and say that your children should never suffer."

He said this is how politicians handed over their political power because they could be dictated to by those who have money.

'Save SA from what?'

Zuma also had strong words for the veterans and civil rights groups who had called for his resignation.

In a veiled statement aimed at Save South Africa leader and businessman Sipho Pityana, and other party stalwarts, the president said, "There are comrades that have changed. We last saw them in 1994, but all of a sudden they are up in arms".

"[The] majority of them are not in structures in their branches, they have even forgotten how we deal with challenges in the ANC.

"They are encouraging the same thing that they condemned. You need to deal with ANC matters inside the ANC and there are procedures that need to be followed.

"These people called the veterans, they have forgotten what our Constitution says. They are saying whatever they want, they are encouraging people to do what is not done, something that they should go to jail for. Some call press conferences in order to relay a message directed at you. You hear in the media that so and so has said this about you.

"Others say Save SA. Save South Africa from what?"

Zuma also criticised opposition parties, saying that they made it difficult to govern.

"The opposition parties in parliament, they don’t want to talk. They know that if we talk, we will beat them. They are busy making noise in parliament and preventing debate. All they say is 'point of order'. They want political matters to be resolved in courts."

He said opposition parties were quick to go to court.

"They go to court in the blink of an eye. What should be a political argument turns into a legal matter. This is the problem that our democracy faces."

"You have political power, but they bring the sharpest lawyers money can buy and you bring the dumbest lawyers to represent you."

Take over the economy

"We have a problem because in the alliance and the Cosatu we knew, we lost trusted comrades, they left. These are the same comrades you thought you would die with."

Zuma said South Africa was not free yet. "We need to be strong, know where we are and how we are going to get past it."

He told members to stop fighting among one another and unite.

"Let us not be divided by the enemy. Let us not be fooled by money. Till this day, I say that it is the ANC that will liberate the South Africa.

"All those that are making noise are like fires made out of paper, it does not last. Where have you seen in parliament people with six percent [of the vote], but they make more noise than those with two-thirds?" (Beklemtonings van die AVP)