South African politicians have mastered the art of lying and if this was an Olympic sport we would win gold, writes Howard Feldman. 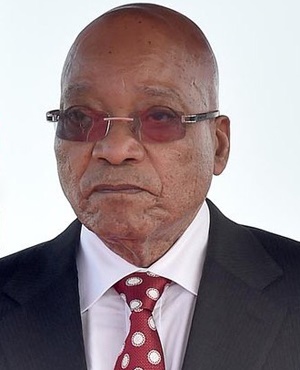 Pietermaritzburg – President Jacob Zuma on Friday said South Africa was not liked globally because it was independent and chose to join the Brics group.

“[When we were in the struggle] We did not even go to that bank called the IMF and the World Bank to ask for money," he told a cadres’ forum at the Pietermaritzburg City Hall.

"Most people do not like this because we cannot be told what to do.

“That is not all. When the Brics group was formed, it was Bric in the beginning: Brazil, Russia, India and China. We joined later and it became Brics, it is a small group but very powerful."

He said the group had interfered with the global balance of forces, and western countries “did not like Brics.”

“China is going to be number one economy leader. In fact they are number one currently, they are scared to announce it.”

He said the five countries were a threat to western countries, and there was a balance of forces in the new global formation.

Russia and China are members of the UN Security Council, and the group was in the process of creating its own bank.

Zuma said these were the reasons why South Africa was not wanted.

“They want to dismantle this Brics," he continued.

“We have had seven votes of no confidence in South Africa. In Brazil, the president was removed. They like to talk bad about the Chinese economy. What is important is that the relationship between these countries is growing.

“The reason why they are in relations with us is to forge good relations, not because they previously colonised us.”

“Maybe you have forgotten, many people like to talk about what happened last December," he said.

“Can you remember? You do everything according to the Constitution and then people that control the economy tell you to drop everything, they want to burn the country and you can see that if you don’t change your decision, they will really burn the country.

“Most of you did not even know what happened. Let me leave it there.”

Zuma also said that political power without the control of the economy did not mean anything.

It was important that South Africa controlled the economy, he added.