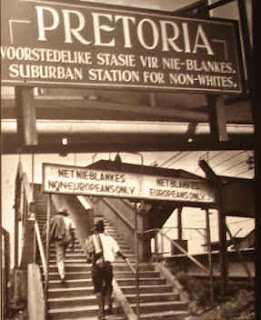 The Architects of Apartheid

By Mike Smith
Today when one asks, “Who was the Architect of Apartheid” one would almost unanimously get the answer of “Dr. H.F. Verwoerd”. It is today taught in schools and all over the internet as “fact”...
The saying goes that when you want to beat a dog, it is easy to find a stick. Today the Afrikaners, the decedents of the Boers, are bearing the brunt of this accusation as “”The Creators, and or the Monsters of Apartheid”.
Now some Afrikaners would proudly accept that title as the inventors of a system of segregation called Apartheid and as I have said, they might even try to patent this model, but do they actually have a claim to it?

When one does the proper research one will find that the segregation policies that eventually became known as “Apartheid” was actually not started by the Boers/Afrikaners but by the British High Commissioner Lord Alfred Milner between the end of the Second Anglo Boer War and unification of South Africa in 1910.

Milner started a group called his “Kindergarten” made up of civil servants close to him. Why, you ask?
In those days and especially in 1905 the subject of “The Native” question and the “Asian menace” first came up when the Cambridge Anthropologist, Alfred Haddon, addressed a meeting between the “British Association for the Advancement of Science” and The South African Associations. (Source, A Commonwealth of Knowledge, Science, Sensibility, and White South Africa 1820-2000, Saul Dubow)

The official report from those days is called, “Report of the 75th Meeting of the British Association for the Advancement of Science 1905 (London, 1906”).

Lord Milner was an arch racist who had some serious dualistic problems. He described himself as a “Race Patriot” in a letter to Haldane, 21Jan. 1901, “Very Confidential”, in Headlam(ed.), Milner Papers, ii.206.

Milner had no time for the Boers and many times tried to slight them on their characteristics – for example he said that the Boers can continue to fight a guerrilla war for a while, “just as low types of animal organisms will long survive injuries which would kill organisms of a higher type outright...” (M van Wyk Smit, Telling the Boer War”)

Milner could not synchronise his hatred for the Boers, their “Backwardness” as he described it, with the countless defeats of the British and the superiority of the Boers on the battlefield.

In those days the post Anglo Boer war British Government of South Africa were hoping to erase differences between Boers/Afrikaners and the English speaking South Africans. They thought it would be only a matter of time before these two groups would fully merge.

The “Selbourne Memorandum” of 1907 opens and speaks of these two principal races of South Africa - British and Dutch – to overcome their historical differences. The memorandum declared that both groups were “Teutonic in origin” and that the fusion between them would only be a matter of time as it was with the Saxons and the Normans who were distantly related.

The Selbourne memorandum said that there were more differences between the people of Ireland or Canada than there were between the Boers and the British of South Africa.
Basically, the idea before the Unification of South Africa in 1910 was to unite the two white tribes and separate them from the blacks.

Two of Milner’s “Kindergarten” group, Lionel Curtis and Patrick Duncan confided in each other,

“The fact is that we have all been moving steadily from the Cape idea of mixing up white, brown and black and developing the different grades of colour strictly on the lines of European civilisation, to the very opposite conception of encouraging as far as possible the black man to separate from the white and to develop a civilisation, as he is beginning to do in Basutoland, on his own lines.” (Patrick Duncan Papers BC294C23.3.8, University of Cape Town, Manuscripts and Archives, Curtis to Duncan, 26 Nov 1907).

The term applied to this British strategy was called “Segregation”. The Afrikaans word for it would be “Apartheid”

As can be seen so far, the idea of Apartheid came from various sources. The Whites of South Africa, whether it be Boer or Brit had an intimate knowledge of the Blacks of South Africa. It was basically a common consensus that Whites and Blacks have to be separated.

We ALL ...black and white...wanted Apartheid. This can be seen from the aspirations of the Sothos and the Swazis who wanted their own kingdoms where they could preserve their own culture, language, religion and where they could rule themselves. The Tswanas who got Botswana is another example. Therefore we are all guilty of the so called “Crime of Apartheid”.

Segregation, Apartheid or Separate and Equal Development was a unique concept, wished by all South Africans, both Black and White. Nobody has to feel guilty about it today. It was OUR country and we had to find a solution where we could all be happy with and live with each other.

Today the critics of Apartheid are numerous, yet nobody have produced a better model for the unique South African situation. The current “Rainbow Nation” model has proved to be an abject failure.

The need for people to rule themselves and have a national identity is the most natural system on earth. It is called Nationalism. We have seen this need amongst the Basks and the Catalonians of Spain, the Croatians, Serbs, Montenegros, etc of Yugoslavia, The Irish and the Scots of the UK, The Kurds of Syria and Turkey, The Ibos of Nigeria, The Hutus and Tsutsis of Rwanda, the Muslims in Chad, The Tamils in Sri Lanka, The Greeks and Turks in Cyprus, The Walonians and the Flemish in Belgium....

This need to be separate is a worldwide phenomenon. Maybe Apartheid was not perfect, but show me a political system that is.

In South Africa we came upon a system that kept the peace and where we lived happily alongside with each other until the Communist agitators entered and disturbed our peace, where they played us off against each other after we have already fought all our battles and made peace with each other. We found our own solution. We found our own peace that was called “Apartheid”, but the communist wanted the riches of our country and made us enemies again.

South Africa will forever be a unique situation and only us...The Blacks and Whites of South Africa will be able to find a solution we can all live with in the end.
The solution for our problems will come from us who have shared this beautiful country for hundreds of years, not from outsiders who just want our gold and minerals.

Let me finish with a quote....

“You do not want any reforms; You want my country”
(President Paul Kruger to Lord Alfred Milner - 31st May1899, shortly before the outbreak of the second Anglo Boer war)