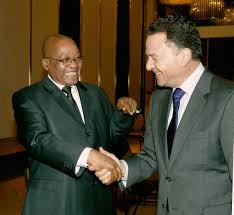 2017/09/04, 7:46 PM - RONNIE: 1869 At the funeral of Grand Rabbi Simeon Ben-Iuda, Rabbi Reichorn makes the following revealing statement: Thanks to the terrible power of our International Banks, we have forced the Christians into wars without number. Wars have a special value for Jews, since Christians massacre each other and make more room for us Jews. Wars are the Jews' Harvest, the Jew banks grow fat on Christian wars. Over 100,000,000 (one hundred million) Christians have been swept off the face of the earth by wars, and the end is not yet.  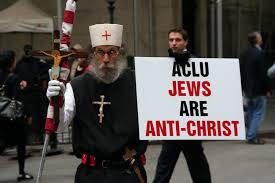 Do your homework readers. Vet this info for yourselves and keep it moving. 1924 In his book "You Gentiles," Maurice Samuel states the following of his people, the Jews: "We Jews are the destroyers and will remain the destroyers. Nothing you can do will meet our demands and needs. We will forever destroy because we want a world of our own. Jehova created the non-Jew in human form so that the Jew would not have to be served by beasts. The non-Jew is consequently an animal in human form, and commanded to serve the Jew day and night. Midrasch Talpiot p. 225

Also, remember this comment from 1928: You have not begun to appreciate the real depth of our guilt. We ARE intruders. We ARE disturbers. We ARE subverters. We have taken your natural world, your ideals, your destiny, and played havoc with them. We have been at the bottom not merely of your last great war but of nearly all your wars; not only of the Russian but of every other revolution in your history. We have brought discord and confusion, and frustration into your public life. We are still doing it. Who knows what great and glorious destiny might have been yours had we left you alone? Marcus Eli Ravage, Jew, The Century Magazine, January, 1928, Page 347.

Israel must follow through with the policies it has pursued since the inception of Zionism, seeking to purchase local agents among factions and communal groups who will assert themselves against other such communities at Israel’s behest. Zionist Oded Yinon published that in Kivunim (Directions), the Journal of the Department of Information of the World Zionist Organization. 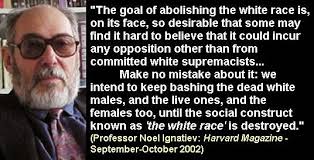 Remember, my children, that all the earth must belong to us Jews, and the the Gentiles being mere excrements of animals, must possess nothing. Mayer Amschel Rothschild on his deathbed, 1812. The nuclear family must be destroyed and people must find better ways of living together. Whatever its ultimate meaning, the break-up of families now is an objectively revolutionary process. Linda Gordon, Jewish feminist, Functions of the Family, WOMEN, a jouranl of liberation, 1969.

Without Jesus, there would never have been Bolshevism. For a Jew, nothing is more insulting than the truth. THE BLOOD THIRSTY JEWISH TERRORISTS HAVE MURDERED 66 MILLION IN RUSSIA FROM 1918 TO 1957. Aleksandr Solzhzhenitsyn, Nobel Peace Prize Winner and Patriot.

Every Jew who spills the blood of the godless (non-Jews) is doing the same thing as making a sacrifice to God. Bammldber raba c21 & Jalkut 772) Talmud Shottenstein Ed.)

Politicians are nothing but puppets, it’s the Federal Reserve that runs the United States of America not your government. Former Navy Seal and Minnesota Governor Jesse Ventura. "All of the other people have committed crimes, the Jews are the only ones who have boasted about committing them. They are, all of them, born with raging fanaticism in their hearts, just as the Bretons and the Germans are born with blond hair. I would not be in the least bit surprised if these people would not some day become deadly to the human race."

Voltaire : We (blacks) are all simply pawns to the Jews who have no other use for us beyond being a source of profit and a weapon that can be used to help destroy whites, who they see as their sworn enemies, by encouraging us to breed with them until there are no longer any whites left. Dontell Jackson In his book "The Jewish Paradox,"

Former president of the World Jewish Congress from 1948 to 1977, Nahun Goldmann, stated the following on the subject of Jews collectively: "I hardly exaggerate. Jewish life consists of two elements: Extracting money and protesting." "The goal for which we have striven so concertedly for three thousand years is at last within our reach, and because its fulfillment is so apparent, it behooves us to increase our efforts and our caution tenfold. I can safely promise you that before ten years have passed, our race will take its rightful place in the world, with every Jew a king and every Gentile a slave... We will openly reveal our identity with the races of Asia and Africa. I can state with assurance that the last generation of White children is now being born. Our Control Commissions will, in the interests of peace and wiping out inter- racial tensions.

Forbid the Whites to mate with Whites. The White Women must cohabit with members of the dark races, the White Men with black women. Thus the White Race will disappear, for the mixing of the dark with the White means the end of the White Man, and our most dangerous enemy will become only a memory. We shall embark upon an era of ten thousand years of peace and plenty, the Pax Judaica, and our race will rule undisputed over the world. Our superior intelligence will easily enable us to retain mastery over a world of dark peoples." - Speech Of Rabbi Rabbinovitch, January 12th, 1952, Hungary Europe 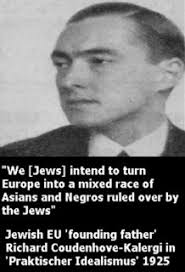 Once we squeeze all we can out of the United States, it can dry up and blow away." -- Benjamin Netanyahu Mozart, Pascal, Boolean algebra, Shakespeare, parlimentary government, baroque churches, Newton, the emancipation of women, Kant, Ballanchine ballets, et. al. Don't redeem what this particular civilization has wrought upon the world. The white race is the cancer of human history.

Susan Sontag (Zionist Jewess) writer, writer professor. If I were not afraid of the liklihood of internecine warfare, I would nullify the 2016 election.We must use terror, assassination, intimidation, land confiscation, and the cutting of all social services to rid the Galilee of its Arab population.The ultimate goal is the forcible coordination of all countries of the world: That shall be achieved by mixing with the goal to create a light brown race in Europe. For that reason, 1.5 million immigrants from the third world shall migrate to Europe every year. The result would be a population with the average IQ of 90 that is so dumb to grasp anything but is intelligent enough to work. The European countries would never again be competitors in the struggle for global domination and a multiple millennia old culture would be destroyed. Irrational people who would fight against this mingling of races and put up any resistance against the global world order, should be killed. Thomas P.M. Barnett, JEW, director of the Israeli military consultancy 'Wikistrat' in his book THE PENTAGON'S NEW MAP, 2004 Alice F.