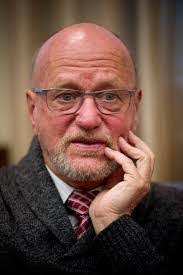 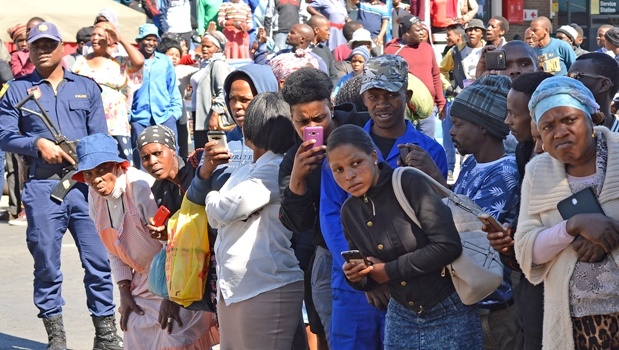 An armed policeman stands guard outside the Estcourt Magistrate’s Court on Monday while residents crowd the area in the hopes of catching a glimpse of the four men arrested for eating human flesh. The men face charges of murder and conspiracy. It has been alleged that the men raped, killed and cut up the body of a woman, which they then consumed. (Chelsea Pieterse)

Pietermaritzburg - A community meeting following the arrest of four Estcourt men for allegedly killing a person and eating human flesh saw hundreds of residents allegedly confess to having eaten human body parts procured from one of the accused.

The four men, Nino Mbatha (32), Sthembiso Sithole (31), Lindokuhle Masondo (32) and Lungisani Magubane (30), appeared in the Estcourt Magistrate’s Court on Monday on charges of murder and conspiracy.

This after one of the four men allegedly walked into the Estcourt police station on Friday, holding human body parts and confessed to being “tired of eating human flesh”. When he was questioned, he produced part of a human leg and a hand. Further investigation led police to a house in the Rensburgdrift area in Estcourt where they were met with a foul smell, and more human remains were found.

KwaZulu-Natal police spokesperson Colonel Thembeka Mbhele said on Friday that one of the accused, also an nyanga (traditional healer), was arrested in Amangwe area where more body parts were found.

It has been alleged that the men raped, killed and cut up the body of a woman, which they then consumed.

Hundreds of outraged Estcourt locals gathered outside the magistrate’s court on Monday morning, armed with cameras and cellphones in the hopes of catching a glimpse of the four men.

With police guarding the entrance to the court, residents were warned to stay back as the men were loaded into a police van after their court appearance and taken into police custody until their formal bail application on August 28.

Later, ward councillor Mthembeni Majola, who held a meeting at the Esigodlweni community hall on Monday morning, said that around 300 residents had confessed to visiting Mbatha, an nyanga, and knowingly eating human flesh that he gave to them.

He said that there were around 700 people at the meeting where about 300 residents confessed to allegedly knowing Mbatha had human flesh and allegedly confessed to eating it.

He said a community member, who had been very close to Mbatha, had had a falling out with the nyanga.

Majola alleged that the matter was not just limited to Estcourt and that the nyanga had links across the Uthu­kela area.

Majola alleged that Mbatha had been a practising nyanga in Ladysmith before he fled to Rensburgdrift earlier this year as the Ladysmith community had allegedly attacked and killed another nyanga in the area, however, this could not be confirmed.

“We don’t know what to do or who to trust,” said Majola.

“This has happened within our community. Families, people we know and live with have now confessed to eating this woman,” he said.

He added that community members had also allegedly confessed to digging up graves under Mbatha’s orders, and giving Mbatha the bones.

Majola said the community had said at the meeting that the nyanga had told them that digging up the graves would make them strong and protect them from harm and that bringing him the bones would bring them wealth in the future.

Colonel Mbhele said that the provincial Occult-Related Crime Unit was investigating the matter.

She said police could not comment further on the matter, due to the sensitivity of the case.

More people reported to have eaten human muti 1 day ago

More information has sprung to light as literally hundreds of people in the Amangwe area have confessed to eating human remains.

32-year-old Nino Mbatha, one of four people arrested, was formally an nyanga (traditional healer) practicing in Ladysmith and allegedly fled to Estcourt for unknown reasons.

At a community meeting held yesterday in the Amangwe area near Estcourt, over 700 people gathered. When questioned by a local councillor, 300 of them admitted visiting Mbatha and knowing he was giving them human flesh to eat as muti (traditional medicine).

Also read: Shocking News: A flesh-eating cannibal hands himself over to police, leads to the arrest of 2 more men

It is unclear at this stage if he practiced cannibalistic traditional medicine while he was an nyanga in Ladysmith.

Police have confirmed that the Provincial Occult Related Crime Unit will be investigating the case.

All four suspects have been remanded into custody. 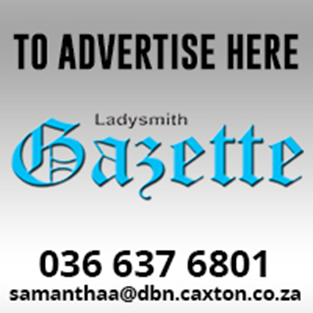 The suspects have been named and they are: Nino Mbatha (32), Lindokhule Masondo (32), Sthembiso Sithole (31) and Lungisani Magubane (30).

Officers at Estcourt police station were shocked to their core when a man handed himself over to police on Friday evening (August 18), claiming he was “tired of eating human flesh”.

Police were skeptical until he produced parts of a human leg and a hand.

Investigating officers immediately began an investigation, leading to the arrest of a further three men.

A total of three men were arrested. It is believed that at least one of the men is a practicing nyanga (traditional healer).

It is believed that the three would rape, kill and eat their female victims.

Police are attempting to link them to other missing person cases in the area.

It is not clear how far and wide they searched for their victims, and Ladysmith (70km from Estcourt) victims have not been ruled out. See original story HERE

Bulawayo – A Zimbabwean serial killer, 26, has been arrested and placed on remand after being enticed by a South African traditional healer to "harvest body parts" of anyone with a Ncube surname, reports the state owned Chronicle newspaper.

The traditional healer, only identified as Ndimande allegedly promised Rodney Tongai Jindu riches if he helped him harvest body parts from anyone with a Ncube surname.

Jindu allegedly lured his friend Mboneli Joko Ncube to a secluded area where he shot him twice before inviting Ndimande to Zimbabwe to deliver the body.

Ndimande allegedly took the body and returned it to Jindu with one hand, head, both legs and the heart missing.

On receipt of the body, Jindu buried it in a shallow grave.

Senior police sources claimed that Jindu had been promised at least $ 20 000 and a mini bus taxi (Quantum) by Ndimande on completion of his job.

Following weeks of secrecy on what he had done to Ncube, Jindu allegedly confessed to his other close friend Cyprian Kudzurunga.

Kudzurunga was, however, not able to stomach the gruesome confession and as a result, an argument ensued between the two.

Jindu consequently shot Kudzurunga dead and buried him in a shallow grave next to Ncube's remains.

According to NewsdzeZimbabwe, Jindu was arrested on February 3. He led police investigators to where he had buried the remains.

Various products for use in traditional Zulu medicine at the 'Muti Market', next to Victoria Street Market in Durban. (Javier Soriano, AFP File)

They dug up a human skull next to the door of his consulting room, while a human tongue inside a plastic container was found inside the room, said Ficksburg police spokesperson Captain Phumelelo Dhlamini.

The healer, 32, was operating in Hlohlolwane, Clocolan, which is roughly between Bloemfontein and Bethlehem.

Tests would be done on the human parts at the Bethlehem mortuary to determine who they belong to. The man was charged with possession of human parts.

He also faces a case of violation of graves. Dhlamini said a family in June discovered that the grave of their loved one had been tampered with. Body parts were stolen. He would appear in court soon.

Residents of town said to make shocking confession as witch doctor appears in court on murder and cannibal charges. 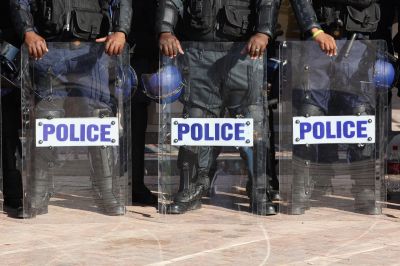 Hundreds of people in a South African town admitted to eating human flesh after four men appeared in court over cannibalism accusations, according to reports.

The suspects, who have been named as Nino Mbatha 32, Lindokhule Masondo, 32, Sthembiso Sithole, 31, and 30-year-old and Lungisani Magubane, were arrested after one of the men allegedly walked into a police station to claim he was "tired of eating human flesh" before producing part of a human leg and hand as evidence.

The man then led police to a house in the KwaZulu-Natal Midlands, where more human remains were found.

Police spokesperson Colonel Thembeka Mbhele said: "It is alleged that the suspects raped, killed and cut up the body of a woman, which they then consumed. The allegations by the suspect are that they would rape and kill the victims before they could cut them into pieces and eat their parts."

Mbatha, one of the suspects accused of murder and cannibalism, is believed to be an nyanga, also known as a traditional healer or witch doctor.

Following the four men's court appearance, local councillor Mthembeni Majola held a meeting at the Esigodlweni community hall near Estcourt which was attended by more than 700 people. According to News 24, around 300 or these confessed to knowingly eating human flesh which was handed to them by the witch doctor.

"This has happened within our community. Families, people we know and live with have now confessed to eating this woman," Majola said.

Mbatha is said to have been a practising traditional healer in Ladysmith before he fled after a fellow healer was attacked by the local community, according to News24.

The four men were taken into police custody following their court appearance. They are due to attend a bail hearing on 28 August.

Witch doctors in several regions of South Africa are known to use human body parts and convince others they can be used to treat them for various health problems.

In Tanzania, there has been a rise in the number of attacks on Albinos as witch doctors believe their limbs and bodies can be used to bring wealth and luck.