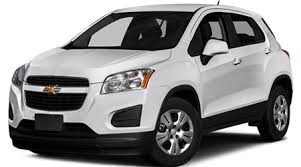 (•Globally, GM firmly believes there are opportunities where it can achieve greater return on investment – in specific vehicle segments and markets where the outlook for growth is very strong (business adjacencies, SUVs and crossovers, U.S. and China)

Rich local history up in smoke

General Motors was the second major car company to set up manufacturing operations in South Africa and the first locally-produced Chevrolet product rolled off the line way back in 1926. GM disinvested from South Africa in 1985, but an upper management buyout soon saw the formation of the Delta Motor Corporation, which continued to build and sell Opel, Isuzu and Suzuki products until GM reinvested in the mid-nineties, starting with a 49 percent stake in 1997 and finally buying out all of Delta's shares in 2004.

General Motors, meanwhile intends to pull the plug on its local operations, with the Chevrolet brand set to be taken off the market by end of 2017. Not only does this mean ending production of the locally manufactured Chevrolet Utility bakkie and Spark hatchback, but imports of the Cruze, Captiva and Trailblazer will cease

Why did GM decide to do this?

•This is a business decision, based on GM’s global business priorities.

•There have been significant changes to the global industry over the last few years, and our global strategy has evolved with these changes.

•The most significant industry change has been the emergence of mobility (autonomous/ride sharing/electrification/connectivity) as a service and as a long-term growth opportunity.

•Globally, GM firmly believes there are opportunities where it can achieve greater return on investment – in specific vehicle segments and markets where the outlook for growth is very strong (business adjacencies, SUVs and crossovers, U.S. and China

The National Union of Metal Workers of South Africa (NUMSA) says it will be consulting lawyers regarding General Motors’ (GM) announcement to pull its operations out of South Africa.

“This is the second time that GM is pulling out of South Africa‚ and as NUMSA we smell a rat. We suspect that the shareholders got a very good deal at the expense of the workers. The company has already shut down the plant and has indicated that they will meet with us to discuss the latest developments‚ but that is after the fact‚” Numsa general secretary Irvin Jim said.

Numsa claims GM acted unilaterally and did not inform the union of this decision.

“As a result we are consulting lawyers to see what legal avenue we have in resolving this crisis. Isuzu will be taking over operations at GM‚ but we doubt that they will absorb all the workers who used to work at those plants.”

The US car maker announced on Thursday that it was pulling out of South Africa and Isuzu will take over the firms operations in Port Elizabeth. GM workers were informed of the decision at a meeting at the Nelson Mandela Bay Stadium on Thursday morning.

“There are over one thousand employees at GM and five hundred of those are based in the Chevrolet division. The vast majority of employees are NUMSA members. As a trade union we are surprised that GM chose to convey this announcement in this way. There was no consultation with the union‚ and furthermore‚ the company has not divulged any details about the fate of its employees affected by this restructuring. By shutting down operations in South Africa this will have a major impact not just on GM plants‚ but for companies along the value chain as well‚” Jim said..

Numsa said it is concerned that GM has already indicated that it might retrench workers and that it intends to issue section 198 and 197 notices.

“If these discussions are indeed taking place then it is likely that GM knows how many employees will be retained‚ and how many will be retrenched. We are expecting to meet with the management of GM soon to discuss these matters.

“We stand with our members during this difficult time‚” said Jim.