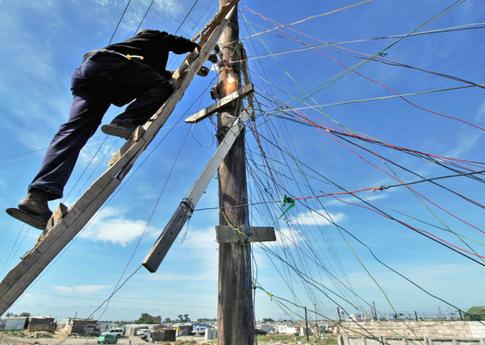 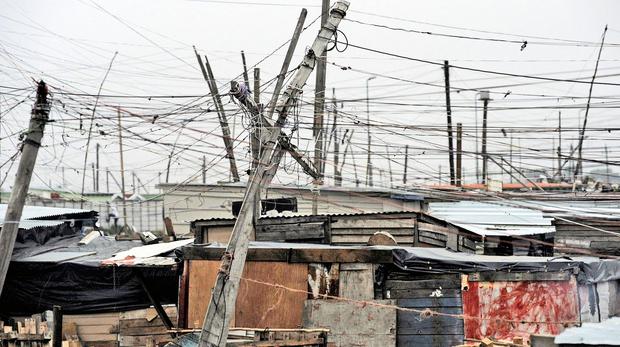 A raging battle over electricity has left hundreds of homes in Ivory Park, east of Joburg, in the dark for a month now.

Residents of Nzo Section in the sprawling township have watched in awe and anger at their electricity being illegally diverted to informal areas sprouting near them.

And their situation will probably not return to normality soon as Eskom employees are too terrified to move into Ivory Park and disconnect the illegal connections.

“They climb over the poles and make their own connections. Our transformer burst on March 18 because it does not have the capacity to supply us and the squatter camp,” said a Nzo Section resident.

“We have been using candles ever since. Our budget for food has doubled.”

An elderly woman said: “We have no problem with them being here because it’s not our land that they’ve occupied.

“But if they want electricity, they must speak to Eskom. They shouldn’t do what they are doing. We’re not fighting them, we just want our electricity back.”

Councillor Julia Gololo told The Star that a meeting held after the Friday stand-off had not borne fruits. “We had a meeting on Sunday where we tried to resolve this problem. Some of those people involved were there. They told a police brigadier: ‘Even if you disconnect us, we’re still going to connect it.’

“The problem is that when Eskom disconnects their electricity, they connect it again,” said Gololo.

Ivory Park was one of the communities in Gauteng hit by a wave of illegal land invasions. The squatter camp near Nzo is about six months old.

Its occupants are believed to be former backyard dwellers in Ivory Park homes.

Eskom employees were forced to run for their lives last Friday when they tried to cut the illegal connections.

Squatter camp residents became violent against the Eskom employees who were there with the police.

“They threw rocks at us and assaulted us. I also got assaulted, our vehicles got damaged, even though we had police protection.

“We’re trying to help our customers, but unfortunately things have come to a stage where it’s very dangerous for us. So, we have removed ourselves completely from Ivory Park until we sit down with councillors and decide a way forward.”

Tumi Moloi, Gauteng’s Eskom spokesperson, confirmed the attack on the utility’s employees. She said the employees would not go back to the community until tensions were diffused.

“Our team was chased out Even if our team wants to try and go back to restore electricity, it’s a risk that we’re not prepared to take as a business because we don’t know if they are safe.

“We need the community leadership to engage their community and come back to us and say it is safe for us to work in the area,” Moloi added.

“Until we have that from the community leadership, we will not go back.

“It’s a risk we’re not prepared to take given what happened last week,” Moloi said.