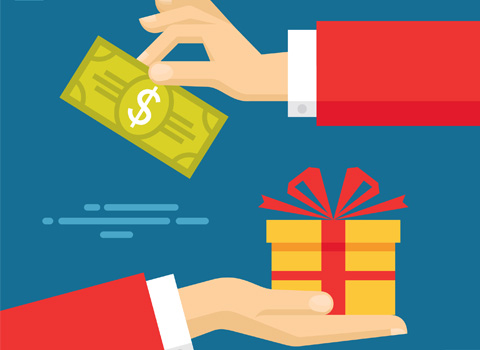 Johannesburg - Corporate South Africa was out in force this week at the ANC elective conference in an area set aside for the Progressive Business Forum (PBF).

The PBF is an entity that is mainly focused on garnering the ANC millions of rands in exchange for contact with party and government leaders.

Outgoing ANC treasurer-general Zweli Mkhize presented the ANC’s financial report at the conference, which shows that the PBF generated R80 million (3%) of the ANC’s total budget of R2.6 billion from January 2013 to October.

According to a PBF document issued ahead of the conference, which was released by Mkhize, packages for business leaders to attend the event via the PBF cost between R30 000 to R250 000.

However, there was a further “titanium package” that could be “individually negotiated”.

An ordinary seat at the presidential gala dinner cost R5 000, and a seat at one of the five PBF breakfasts cost R1 250.

David Lewis, the executive director of Corruption Watch, said that the interactions between influential ANC politicians and business facilitated by the PBF “doesn’t seem ideal”.

“There are many inappropriate relationships between business and government, and business and political parties. At least this one is conducted in a relatively open manner,” he said.

“The relationships between people who donate money to political parties or political leaders where those donations are not disclosed ... are much more dangerous relations. I don’t think it is a good idea to be paying for access to Cabinet ministers and the like. This has been going on for a long time, but it doesn’t make me comfortable.”

In October 2015, President Jacob Zuma told guests at a gala dinner that investing in the ANC was a “wise move”.

In a News24 report, Zuma was quoted as saying: “I always say to business people, if you support the ANC, you are investing very wisely. If you don’t invest in the ANC, your business is in danger.”

Lewis said: “If you put all that together, you can see it is not a great idea for business. It doesn’t make it right – but it is done all over the world. An American presidential candidate will host a dinner – gives you access to him and his team – it’s the same sort of thing.

“Once money is exchanging hands, it gets complicated. Almost inevitably when money changes hands, the relationship – at least on the face of it – gets murkier.”

Business Leadership SA (BLSA), which according to its website represents more than 70 major local and international corporations, had a PBF stand.

A source close to BLSA said: “It’s much easier to gain access to the ANC at this conference. Normally, we set up meetings with the ANC secretary-general and it takes time [to materialise].”

John Dludlu, acting BLSA spokesperson, said that the BLSA had bought a “basic sponsorship package at the PBF networking lounge to continue this engagement process with the ruling party”.

“Paying for private access to politicians, regardless of affiliation, would be irregular and inconsistent with BLSA values, and this wasn’t the case last week,” Dludlu said. He added that the BLSA was not a member of the PBF.

Robyn Chalmers, the director of communications at SA Breweries (SAB) and Anheuser-Busch InBev Africa, said that SAB was a member of the PBF and the company sponsored the R250 000 platinum package.

“The package included giving SAB a space to exhibit the work it is doing ... as well as access to various business breakfasts hosted by government ministers,” Chalmers said.

SAB and AB InBev take compliance matters seriously and the group’s attendance as an exhibitor went through a rigorous approval process, she added.

Jacqui O’Sullivan, a spokesperson for MTN, said that the telecommunications giant was considering becoming a member of the PBF next year.

O’Sullivan said that MTN participated in the ANC elective conference because it was an important opportunity for MTN, as a telecommunications service provider, to engage with policymakers.

“The scale and significance of this elective conference made this a critical opportunity to engage with key role players,” she said.

Candice Jones, a spokesperson for Cell C, said the company bought a stand at the conference and was a member of the PBF.

“The conference attracts many high-profile people and draws high foot traffic, which makes exhibiting there a way to reach new customers,” Jones said.

About 80 companies set up stands in the PBF area, including the branding of major corporations such as Telkom, Vodacom and African Rainbow Minerals.

The five breakfast forums were addressed by ministers who have substantial influence on the economy.

Jackie Rakitla, a MultiChoice spokesperson, said that the company was not a PBF member.

“The exhibition stand is part of a sponsorship package. MultiChoice is involved in a number of events and conferences throughout the year,” he added.

Kedibone Molopyane, a Nedbank spokesperson, said the company was a PBF member.

“The R100 000 package we took gave us access to five breakfast sessions, the Presidential Gala Dinner and a display stand... We are satisfied that this approach gave us access to participants - delegates and guests. The ANC policy discussions are critical for business.”

Patel said that PBF breakfasts had become "something of an institution".

“They are typically associated with the large conferences of the ANC. They provide opportunity for policy makers in the ruling party to engage with the business community.”

Ursula Nobrega, an Investec spokesperson, said that: “These type of conferences give us the opportunity to talk directly to ministers and ANC members to provide a different perspective to some of the views that can come out of these conferences.”

Investec was a member of PBF and had been invited to be one a few years ago, she added.

“We do believe our actions are completely above board,” Nobrega said.

According to a PBF document for the ANC elective conference, headline sponsor for a PBF breakfast cost R125 000.

Branding of the PBF lounge and restaurant for the duration of the conference cost R100 000.

At the entrance to the PBF area there was a ‘sponsorship wall’ with prices varying from R2 500 to R7 500 depending on the size of the space taken.

Only when there were PBF events were journalists allowed into the PBF area and this under strict escort.

Daryl Swanepoel, a former National Party and ANC MP, who now works in Luthuli House, is the PBF convener.

The PBF has up to 12 permanent staff, he added.

Included within the audience at the PBF breakfasts were:

South Africa National Taxi Council (Santaco) chief strategic manager Bafana Magula said Santaco had a stand at the PBF to "support the ANC conference" as well as to stay in touch with developments at the event that could affect Santaco.

Busisiwe Ndaweni, a retail client consultant at Vele Asset Management, said Vele had taken up a stand at the PBF area to market product to ANC delegates and "build relationships".

A number of diplomatic missions as well as representatives of the Black Business Council and the Black Management Forum were present at the PBF breakfasts.