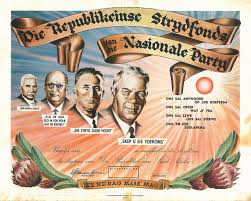 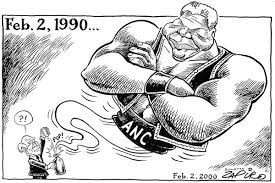 Land Reform Minister Gugile Nkwinti, left, and workers on the Bekendvlei Farm that was bought for R97-million.

Land Reform Minister Gugile Nkwinti introduced a Luthuli House comrade "shopping" for a thriving Limpopo farm to one of his top officials at a land summit.

Just eight months after the meeting, Bekendvlei Farm was bought for R97-million and handed over to Errol Velile Present, who had been working at Luthuli House for more than 10 years, and his partner, businessman Moses Boshomane, to manage.

The senior department official had prioritised the deal by bypassing required procedures. A day after the deal went through, Nkwinti was the speaker at Present's lavish wedding. Neither Present nor Boshomane had an ancestral claim to the farm. They also had no experience in agriculture.

The minister has admitted to having been accused of taking R2-million to "facilitate" the deal.

Soon after the men took over, there was no money to pay 31 workers on the farm. No wages were paid for five months and the farm became run-down.

Despite the department also bankrolling an additional R30-million for machinery, salaries and construction, the once-thriving farm quickly fell into disrepair. About 3,000 cattle, worth almost R18-million, were sold off, machinery disappeared and crops died.

The minister's involvement in the deal was exposed in a forensic investigation by auditors Deloitte.

This has emerged as the ANC ups the ante on land redistribution. Present and Boshomane were given a lucrative lease to Bekendvlei Farm despite having no business plan. The deal bypassed normal channels, which require land applications to go through the provincial department.

There was also no claim on the thriving 7,000ha Limpopo farm land at the time it was bought by the department. The two men were not listed on the department's database of possible beneficiaries and had no ties to the land. Present is from the Eastern Cape and Boshomane was born in Johannesburg, although his parents come from Limpopo.

After four years of lavish spending and regularly failing to pay farmworkers or make lease-agreement payments, Nkwinti was forced to take legal action to evict the men in March last year. The report said the two hired a farm truck driver, Doctor Bavu, as a mentor, despite the man's "lack of understanding and experience" in farming. This was despite an agreement that they would use the farm's former owner. Bavu was made a co-signatory for the department's recapitalisation funding bank account even though he didn't know what his responsibilities were and had no "insight into the spending of the recapitalisation funds".

The report said a local farm-equipment retailer confirmed that several tractors had been sold back to him soon after purchase. It also said "excessive and unnecessary" construction had been undertaken using recapitalisation funds.

Present confirmed this week that he approached Nkwinti at a land summit on March 9 2011. He told Nkwinti that he and Boshomane had identified Bekendvlei, outside Modimolle in Limpopo, and that the owners were willing to sell. He said he needed Nkwinti's assistance. "The minister introduced me to his deputy director-general, Vusi Mahlangu, and asked him to work on my project," Present said.

Within hours, Mahlangu had sent an e-mail to two officials in the department instructing them to "prioritise the matter", according to the report.

Deloitte was hired to investigate the circumstances in which the farm was acquired. Its draft report, dated May last year, found that "Nkwinti should be charged with possible corruption". It said: "Nkwinti is guilty of abusing his position as minister to influence the acquisition of Bekendvlei for the purpose of allocating it to Boshomane and Present, which resulted in irregular expenditure amounting to R97,600,000."

However, the final report, released in November and seen by the Sunday Times, makes no mention of Nkwinti's culpability and does not recommend any action against him. Mahlangu has been fired for his role in the deal and the director-general, Mdu Shabane, was suspended in December.

Nkwinti yesterday admitted that he introduced Present to Mahlangu but said this was not exceptional. "I do that all the time. I refer people to relevant officials in my department, but I never said 'Give this person a farm' or put them under pressure to fast track the deal," Nkwinti said.

"I know Present, but there is no relationship between us," he said. He admitted attending Present's wedding on October 8 2011. "I was one of the guest speakers," he said, but denied that he was conflicted. "I don't work according to relationships and friendships."

Nkwinti admitted that the Deloitte draft report had recommended that he be criminally charged. He confirmed that an allegation that he had demanded a R2-million bribe as a "facilitation fee" for the deal was being investigated internally. "I am waiting for the outcome of the investigation, as I never asked a bribe from anybody."

Boshomane told the Sunday Times this week that Nkwinti had told him at their meeting that "we must not worry, the farm was ours". He said he had "tried my best" but his lack of experience in farming had failed him. "It was the first time I got into farming and I tried my best but my best wasn't good enough," said Boshomane.

But he denied being corrupt or stealing money. Boshomane admitted that his daughter, Pearl, who is a Times Media employee, was one of the beneficiaries of the farm deal. Pearl told Sunday Times that she had not benefited financially from the deal. Present told Sunday Times he did not see anything wrong with his involvement in the deal. "I work for the ANC, not for government, and I'm entitled to benefit like any other citizen of this country," said Present.

The business partnership between Present and Boshomane quickly fell apart after they took over the farm, with the men both laying several criminal complaints against each other. Present claims Boshomane hired people to kill him. He said he was shot in the hand by unknown gunmen. Boshomane said he was forced to hire bodyguards .

The department put the farm under new management in 2014 and it has now been returned to its former glory. When the Sunday Times visited Bekendvlei this week, workers told of their misery under Present and Boshomane.

Jonas Sebelebele, who started working on the farm in 1996, said the place had quickly fallen into despair.

"He [Boshomane] was never interested in making things work here. We were not paid a cent for five months. We were suffering because some of us are breadwinners in our families," he said. He said they were not sure where Boshomane was now, but were happy he was no longer managing the farm.

Another worker, Green Mpofu, who has been working at the farm since 2000, said that since Boshomane left, the farm had taken a turn for the better. "I was born on this farm, my parents also worked here. He [Boshomane] ran the farm down, then he left without paying us. He did not invest in the farm in terms of machinery, crops and other essential, but at least we are happy now," he said.

The farm now breeds livestock that include cattle, goats and sheep and grows various vegetables. It also has a game farm that runs impala, kudu and other game. It won an award for best supplier to a fruit and vegetable producer in December.

A warning by Rural Development and Land Reform Minister Gugile Nkwinti that commercial farmers must cooperate to avoid a situation in South Africa "worse than Zimbabwe" drew sharp reaction from the agricultural union TAU-SA and the Freedom Front Plus on Tuesday.

Nkwinti's remarks, reportedly made during an interview with eNews on Monday, were "irresponsible", the union's president, Ben Marais, said in a statement. "We see Minister Nkwinti's remarks as an ill-camouflaged threat to farmers that their land can be occupied the Zimbabwe way if they are not prepared to give their land away. TAU-SA regards this as a subtle given command to militants to occupy land to intimidate farmers," he said. Marais questioned why government wanted more land. "They had to admit several times that most of the land reform projects have failed totally... grabbing land in the Zimbabwe way will also lead to farms going unproductive and food security [being] threatened."

Marais said that given the "loaded situation" in the country, statements such as Nkwinti's should not be permissible. He called on Nkwinti to apologise, or for his remark to be repudiated by President Jacob Zuma.

In a separate statement on Tuesday, the Freedom Front Plus also labelled Nkwinti's reference to Zimbabwe irresponsible. "The farmers have been co-operating for a long time already, but it is the government and its incompetent officials who do not cooperate. "The fact that Nkwinti shares the views of black South Africans -- that land has to be nationalised -- is in contrast with what he said last week in Parliament. Nkwinti therefore speaks with a forked tongue," FF Plus land reform spokesman Pieter Groenewald said.

The Minister's remark created the impression that he "subconsciously encourages" Zimbabwean-type land reforms. This, he cautioned, was "not in the interest of anybody in South Africa".

Later on Tuesday, the Democratic Alliance called on government to clarify what it called "conflicting statements" on the land issue. In a statement, DA land reform spokesman Mpowele Swathe said that Nkwinti, in the interview on Monday, had "actively endorsed plans to nationalise farmland".

But last week, his deputy Joe Phaahla had said all the department wanted to do was come up with a model for land reform, and it had no intention to nationalise land.