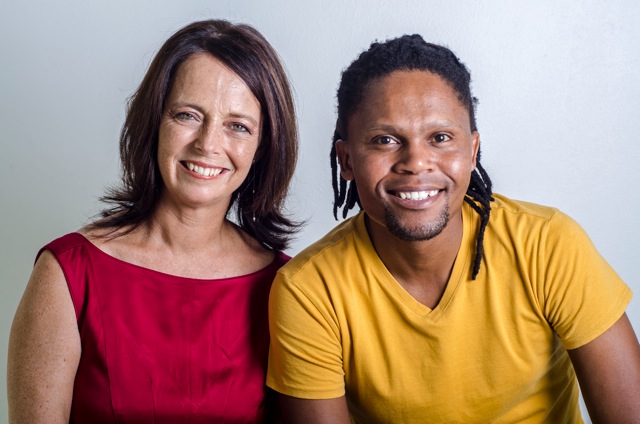 Sitting in Parliament recently, watching President Jacob Zuma stumble through his most recent Question Time, I could not help to think that the cracks are finally showing. None of the usual giggles were there and none of his bravado could save him. It was the day when he showed weakness and uncertainty for the first time.

Malema, with his admirable ability to make rousing speeches off the cuff, utilised the opportunity to the full.

The ANC was screaming at Malema, who clearly enjoyed it and repeatedly called the president a criminal. The Speaker tried to shout louder, but that only provoked the members even more. Eventually Malema stopped and agreed to sit down, presumably not wanting to be thrown out. There were more points of order from other parties and then Shivambu raised one. Agreed it was not really a point of order, but then again these days very few are.

There was an audible gasp from the gallery. “What did he do wrong?” asked a woman in an ANC T-shirt in front of me – a question Shivambu rightly asked the speaker as well. But Mother Baleka was in no mood to answer. The reason was clearly because she said so.

The Chief-Whip of the DA, not wanting to be upstaged by the EFF, also raised a point of order, calling the president and his actions repugnant.

This was nothing new, but it struck me that the ANC caucus was simply not defending their president. He was on his own and it seemed that he felt it. There were none of the usual giggles. He was angry and annoyed, but kept his feelings under control until fairly close to the end. “I am saying there is no war in government”, he responded to a question about Treasury. (Pravin Gordhan did not look up from a document on his desk.) “Cyril Ramaphosa said there was”, heckled a member of the opposition. “You must ask Cyril Ramaphosa then,” the president snapped back and glared briefly in the direction of the Deputy President.

And so thanks to one of his big allies, Baleka Mbete, and her inability to control the proceedings, we finally saw a crack in the president’s rock hard veneer of calm denialism. Can it be that he is feeling the pressure of the divisions in the ANC under his leadership, or the impact of the ongoing saga with Pravin Gordhan on our economy, or the endless series of scandals around people close to him?

Perhaps, but recent proceedings raised a few frightening questions around Zuma, his successor and Parliament.

Firstly: Baleka Mbete is increasingly being mentioned as a possible successor for Jacob Zuma. Apparently she is very popular amongst the ANC Premier League. The ANC Women’s League wants a woman next time round, so presumably they will support her too. But what she demonstrates for all to seeis that she cannot run Parliament. And if you cannot run a parliament, how can you run a country?

Secondly, Zuma, possibly for the first time, allowed the opposition’s criticism to get to him. He looked like a man under pressure and he allowed the opposition to see weakness. But as we know from Nenegate, when he is under pressure or fearful of showing weakness, the president does not react well. He hits back. Of course as in the case of Pravin Gordhan, he leaves the dirty work to his foot soldiers. So what will they do next?

Thirdly, I wonder what the Speaker will do in reaction to the president’s outburst? She already wants the visitors in the public gallery to be kept behind a bullet-proof Perspex barrier, much like criminals in some countries. So how far will she go to gain control over MPs?

Melanie Verwoerd is a former ANC MP and SA ambassador to Ireland.

Melanie Verwoerd was born Melanie van Niekerk in Pretoria, South Africa on 18 April 1967 into an Afrikaner family. After the family’s move to Stellenbosch in the Western Cape she attended Bloemhof Girls High School. After school she considered a career as a dancer, but eventually enrolled in a degree in theology, philosophy and psychology at the University of Stellenbosch. She was the only woman in her class. Thereafter she received a Honours degree in philosophy and a Masters degree on the topic of feminist theology. 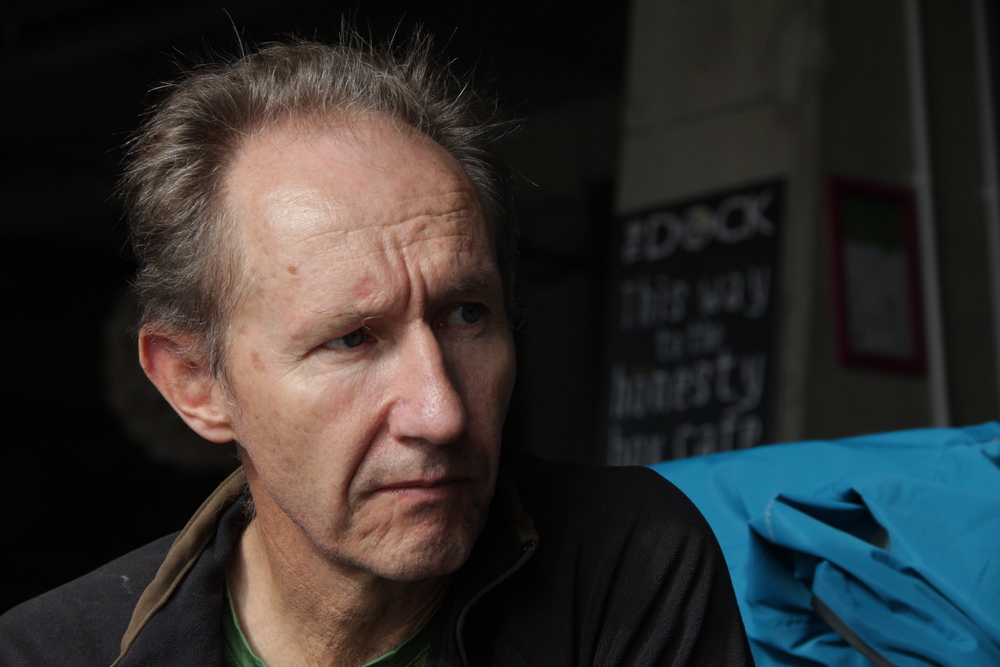 During this time she met her future husband Wilhelm Verwoerd, grandson of Dr. Hendrik Verwoerd, Prime Minister of South Africa between 1958 and 1966. After their marriage the couple moved to Oxford, England in 1989 where Wilhelm was studying on a Rhodes scholarship. During this time, Melanie met and interacted with South Africans in exile, in particular ANC members who were promoting the struggle from abroad.

Following the unbanning of the African National Congress in 1990, she returned to South Africa, where she met with the newly released Nelson Mandela. Shortly after she joined ANC and spoke publicly about the brutality of apartheid and the suffering of black people under this regime. Being married to the grandson of Hendrik Verwoerd(who was assassinated in 1966) made her the subject of enormous public interest, but also caused security threats to her and her husband.

In 2005, she completed her term as Ambassador and decided to remain in Ireland. She presented a weekly radio programme, Spectrum, on RTÉ Radio 1 on the theme of multiculturalism, which addressed the challenges facing the New Ireland and examined the issues that arise in a multicultural society.[6] She also represented the Mandela/Rhodes Foundation in Ireland and did consultancy work on development and multi-culturalism

Melanie married Wilhelm Verwoerd in 1987. They have two children, Wilmé (born 1990) and Wian (born 1992). Both are studying at Trinity College, Dublin. The couple divorced in 2005. 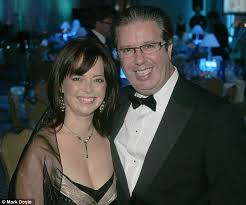 In 2008, Melanie became the partner of Gerry Ryan, a well-known radio and TV personality in Ireland. Gerry died suddenly on 30 April 2010 and Melanie found his body. In July 2011, the Board of UNICEF Ireland fired Melanie, citing the media attention following the death of Ryan as the reason.

This resulted in a public outcry. She logged unfair dismissal proceedings. UNICEF settled the case out of court in April 2013 and issued a statement stating that "her departure was in no way a reflection of her performance, which was always of the highest standards.

She currently resides in Cape Town, South Africa where she is doing consulting work for various NGOs. Her memoir When We Dance was published by Liberties Press in October 2012. It was quickly removed from sale pending a court action regarding alleged defamation. The action was set aside and the book returned to the shelves with a clarification being inserted into each printed copy.

Absence may make the heart grow fonder, but it also makes you forget how to use a burglar alarm.

When MelanieVerwoerd moved back to South Africa last year after 12 years abroad, she accidentally tripped the alarm “more than 10 times” while staying with family in Cape Town over the December holidays.

In 1994, at the age of 26, MelanieVerwoerd became the youngest MP in Parliament’s history. Her surname alone was always going to grab headlines. She got the name by marriage to her now ex-husband, Wilhelm, the grandson of apartheid’s architect, Hendrik Verwoerd.

Wilhelm was disowned by his furious father when his and Melanie’s ANC membership made headlines in the early 1990s when the organisation was newly unbanned. After the divorce, Melanie decided to keep the surname – because of a difficult relationship with her father. She had already changed her birth surname (Van Niekerk) in her late teens and so, she reasons, she has now been a Verwoerd longer than she’s been anything else.

Now, as she settles into her new life in her old city, she sees South Africa “like a new person again, like someone seeing it from the outside”.

Ryan, whom Ver of which were found in his blood.

For now she lives in her sister’s apartment on the slopes of Table Mountain with views of the city and the sea. We chat on her homely, cat-battered sofa, shipped back with her other furniture from Dublin.

Verwoerd is still connected to her old comrades. Finance Minister PravinGordhan invited her to his budget speech in February.She says she may return to politics.

Several months after her return to South Africa, Verwoerd says she’s happy for the first time in four years. “The longing to be back home became too big. The ache just grew and grew and grew,” she says. “I always said South Africa is the country of my heart. Europe might be the place for my head, but my heart will always be here.” woerd describes as “the love of my life”, died suddenly in 2010 – Verwoerd found his body. An inquest called it “death by misadventure”, a heart attack brought on by cocaine, small traces