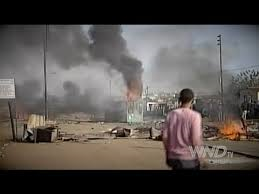 “They control the state’s 35% share of the economy, they own the 10% represented by the informal sector and, according to the JSE, they own a higher percentage of the stock market than whites,” the foundation’s executive director, Dave Steward, said in article on its website.

“Whites still control and own a disproportionate – but diminishing – share, but this should not be surprising when one considers that they built up many of the companies involved and that they represent a disproportionate share of the entrepreneurial and management skills in the 45+ manager/owner age group.”

Steward accused Ramaphosa of playing the race card in a bid to secure support when he stands for the position of ANC president at the party’s 2017 national congress.

He said the time of white business monopolies was over. Government was hell-bent on making sure blacks owned and managed the economy.

“For far too long this economy has been owned and controlled by white people. That must come to end.

“Those who don’t like this idea – tough for you. That is how we are proceeding,” Ramaphosa said.

Steward weighed in on the debate of alleged state capture, saying this was nothing new, and was something the ANC had been doing.

This has dominated the public discourse since allegations surfaced that the Gupta family – who are said to have close ties to President Jacob Zuma, his family and other ANC leaders – were interfering in the running of government and offering Cabinet positions.

“It has always been the ANC’s openly proclaimed, and profoundly unconstitutional, policy to capture the state to promote its own political and ideological interests,” Stewart claimed.

Steward quoted from the ANC’s strategy and tactics document, where it stated that the key task of the National Democratic Revolution after 1994 was “to strengthen the hold of the democratic movement (i.e. the ANC) over state power, and to transform the state machinery to serve the cause of social transformation (i.e. the NDR)…

“The levers of state power include the legislatures, the executives, the public service, the security forces, the judiciary, parastatals, the public broadcaster, and so on.”

He claimed the party had pursued this goal and had succeeded in seizing virtually all of the levers of state power, with the exception of the judiciary, the Office of the Public Protector and, perhaps, the Electoral Commission of SA.

“All the ANC’s factions support this process. What now alarms some of them is that important elements of the state have been captured by President Zuma and those who surround him for the promotion of their own personal financial and political objectives – and not those of the ANC,” Steward said.