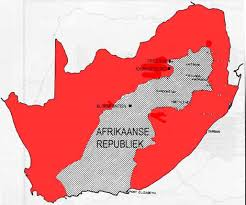 Is Afrikaner self determination still a viable option? (By Mike Smith 10th of March 2016)

I recently received several comments and suggestions about an independent Afrikaner homeland.

I addressed this problem several times before and will now try to condense my findings.

The constitution is written in such a way that Afrikaners or whites in SA will forever be chasing their tails about a Volkstaat.

For the ANC to grant us independence we need to share a common cultural and language heritage (not race). Further, one part of the constitution cannot be used to contradict another part. So, even if self-determination is guaranteed in the constitution, we need to be able to satisfy all the criteria of non-racialism, non-sexism, etc before we can even think along the lines of self-determination for Afrikaners, So what is the Afrikaner culture?

Are all Afrikaners Christians? No. They belong to different churches, some are even atheists, etc. Do they listen to the same music? No, Some like Rock. Some like opera. Some like Steve and Juanita. Do they all speak the same Afrikaans? No, you have different dialects. Do they have the same history, heritage? No, West Coast, Namibia, Transvaal, Freestate, Natal, all have different histories. Do they all play (or like) Rugby, No. Do they all eat braaivleis or biltong? No, many are vegetarian. Do they all live in the same area? No, spread out from Namibia down to the Cape and north again to Beitbridge. From the West Coast to the east coast. On and on I can go.

So please tell me, WHAT IS AN AFRIKANER?

Now Eugene Terreblanche once said that when you ask that question, you are not one, but that is simplistic and probably the reason why he never managed to get a Volkstaat for the Afrikaners.

On 24 March1999, Thabo Mbeki released his “Report on the question of the Afrikaners”. In that speech, Mbeki defined the Afrikaners out of existence, quoting amongst other Afrikaner race traitors, political analyst, Harold Pakendorf as saying: ” To have a debate about Afrikaners seems almost absurd. Which Afrikaners? Who is an Afrikaner? Who will speak on their behalf? Hopefully, there will never be a debate about Afrikaners again. They are not separate enough from the rest of South Africa to be discussed as such.”

And so dear people died the dream of the Afrikaners to have their own homeland. Basically Mbeki said there are no Afrikaners and even if there were, they have no leaders and no representative body speaking on their behalf. Sadly Mbeki was right.

But on Thursday, 02 April 2009, President Jacob Zuma said: “Of all the white groups that are in South Africa, it is only the Afrikaners that are truly South Africans in the true sense of the word.” Ironically, opposition parties condemned Zuma’s statement, with the DA saying that Zuma revealed an ethnically and racially “blinkered” world view in conflict with the Constitution.

I for one have in the meantime abandoned the idea of an Afrikaner homeland in SA. To me THE WHOLE OF SOUTH AFRICA is our homeland. The homeland of all the whites who were born here and whose forefathers built this country. Problem is that SA is occupied, infested by those who claim to be indigenous, but are not.

We can talk and debate. We can protest peacefully, but will that ever get us independence from the ANC regime or the approval of the world? Debating and peaceful protesting should not be abandoned. These are highly effective and powerful tools, but knowing the lessons from African history, the African’s inability to deal with complex scenarios inevitably leads him to the only solution he knows: Violence.

Ultimately the violence will be inevitable. We will have to be prepared for it. People will die. We cannot escape that. The more I look at it the more I am convinced that simply knocking on the ANC door is not going to get them to listen. You will have to kick the goddamn door down. You will have to climb onto their chests with a baseball bat and MAKE them listen and at the same time be able to role with a few blows yourself.

Michael the one who stated it was Harold Pakendorf, the liberal journalist. Thabo Mbeki quoted him. The point is that nobody can define an Afrikaner. What criteria do you use? How many of these criteria does one have to fullfil to be classed as an Afrikaner? These things like, music, heritage, etc are all parts of a shared culture. I mean, look at the blacks like the Zulu's, Xhosas, Ndebele, Sotho...they even have cultural dress and architecture (if you can call their huts "architecture"). Do the Afrikaners share the same dress? The same architecture? What is Afrikaans culture?

If you can answer me that I will be glad, because this is the argument of liberals and Mbeki. They say Afrikaners are too diverse to have a common culture. What do Afrikaaners have in common? Rugby and Braaivleis? What? Till this day I have never heard a proper definition of an Afrikaner. If you say they are white and from West European descent and speak Afrikaans then we have a start. Problem is all these Intelligentsia people shy away from race, because the moment you mention race, you are back to square one. You cannot get a homeland based on race. Round and round in the conundrum.

It is like Franz Kafka wrote about in “The Castle”. If you acknowledge the authority of the castle you will fight yourself silly against its bullshit bureaucracy. It is a futile pursuit of an unobtainable goal, like a dog chasing his tail. The secret is to not acknowledge the authority of the Castle in the first place even when others are doing so.