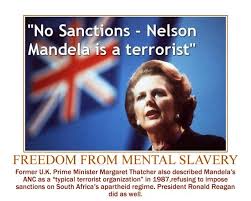 What a lost prison manuscript reveals about the real Nelson Mandela

New light is shed on the president's politics, smoothed over in 'Long Walk to Freedom'

This is a story about Nelson Mandela, and it begins on Robben Island in 1974. Prisoner number 466/64 is writing up his life story, working all night and sleeping all day.  Finished pages go to trusted comrades who write comments and queries in the margins. The text is then passed to one Laloo Chiba, who transcribes it in ‘microscopic’ letters on to sheets of paper which are later inserted into the binding of notebooks and carried off the island by Mac Maharaj when he is released in 1976.

Outside, the intrepid Mac turns the microscopic text into a typescript and sends it to London, where it becomes the Higgs boson of literary properties, known to exist but not seen since it passed into the hands of the South African Communist Party, or SACP, in 1977. Years pass; the mystery deepens. Mandela goes from being an obscure South African prisoner to possibly the most famous living human, subject of global adulation and a ghostwritten autobiography that sells 15 million. His cult is such that prints of his hands are sold for thousands, and yet the prison manuscript stays missing. Until last week, when Professor Stephen Ellis of the University of Leiden sent out an email saying: ‘You’ll never guess what I’ve just found in the online archive of the Nelson Mandela Centre of Memory.’

So yes, the lost manuscript has come back to us and, with it, a range of fascinating questions. Why was it not published earlier? Why did it surface now? And above all, what light does it shed on Mandela’s Awkward Secret, first reported by Professor Ellis in 2011?

Everyone thought Mandela was a known entity, but he turns out to have led a double life, at least for a time. By day, he was or pretended to be a moderate democrat, fighting to free his people in the name of values all humans held sacred. But by night he donned the cloak and dagger and became a leader of a fanatical sect known for its attachment to the totalitarian Soviet ideal.

When Ellis first aired this theory, it read like a Cold War thriller, but when Mandela died last month, the African National Congress and the SACP both issued statements confirming that it was true: at the time of his arrest in 1962, Nelson Mandela was a member of the SACP’s innermost central committee.

This, then, is why Ellis and I were dizzy with excitement when the prison manuscript turned up last week: here was a rich new source of virgin material to be scanned for the smoking gun, the inside and untold story of Mandela’s secret life as a communist plotter. Alas, the smoking gun was not there. But the prison manuscript does offer insights into the manner in which Mandela’s image has been manipulated over the decades.

It is common cause that the ANC decided in the 1960s to use Mandela as the anti-apartheid movement’s official poster boy. He was the obvious choice, a tall, clean-limbed tribal prince, luminously charismatic, married to the telegenic Winnie, and reduced by cruel circumstance to living martyrdom on a prison island. All you had to do was cleanse him of the communist taint and Bob’s your uncle: four decades down the road, you have the president of the USA getting weepy as he describes Mandela’s lifelong struggle for ‘your freedom, your democracy’. There’s no accounting for taste, but one wonders if Barack Obama would have said that if he’d known his hero batted for the opposition during the Cold War.

‘I hate all forms of imperialism, and I consider the US brand to be the most loathsome and contemptible.’

‘Unquestionably, my sympathies lay with Cuba [during the 1962 missile crisis]. The ability of a small state to defend its independence demonstrates in no uncertain terms the superiority of socialism over capitalism.’

Whoa! That’s not Mandela, is it? Well, yes. These quotes come from the prison manuscript, which turns out to be the first draft of Long Walk to Freedom, Mandela’s famous 1994 autobiography. Much of the first draft is carried forth into the finished book, but these problematic quotes have vanished, along with several other outbreaks of what can only be described as pro-communist harangue. What happened?

Our search for an answer must begin with Rick Stengel, a New York journalist who is now President Obama’s undersecretary for public diplomacy. In the 1980s, Stengel did a tour of duty in South Africa, where he exhibited sensitivity to the hardships of black people and enthusiasm for their ANC liberators, surely one of the factors that led to his eventual appointment as Mandela’s ghostwriter.

Among the raw materials he was given to work with was the prison manuscript, a sprawling 637-page affair with many uneven passages and no clear ending. Stengel proceeded to turn this sow’s ear into Long Walk to Freedom, a blockbuster that considerably boosted the Mandela legend and formed the basis for a movie of the same title, now doing boffo box office around the planet.

In what follows, there is an element of conjecture. Since Mr Stengel is the ghostwriter of record, it seems logical to infer that he made the changes, even if we have no other basis for saying so. Pending clarification, let’s note that Stengel was a New York liberal who would instantly have realised that stridency was undesirable, especially if it sounded a bit Russian. Clearly those lines about the Cuban missile crisis and the evils of Yankee imperialism had to go. Beyond that, the changes are usually quite subtle — a quote dropped here, a shift in emphasis there. Having read both manuscripts several times, I think it’s fair to say that Stengel appears to have cleaned up Mandela’s act in three critical areas.

The first was his premature conversion to violence. Officially, Mandela was a moderate black nationalist, clinging to hope of peaceful change until it was extinguished by the Sharpeville massacre of 1960. But in the prison memoir we find him plotting war as early as 1953, when he sent a comrade on a secret mission to beg guns and money from Red China, in flagrant violation of the ANC’s non-aligned and non-violent stance.

‘I was bitter and felt ever more strongly that SA whites need another Isandlwana,’ he explains. Driving around the country, Mandela constantly imagines rural landscapes as battlefields and cities as places where one day soon ‘the sweet air will smell of gunfire, elegant buildings will crash down and streets will be splashed with blood’. These vivid quotes did not make it into the bestseller.

The second area is his endorsement of force against opponents. In April 1958, the ANC called a three-day national strike which drew little or no support and had to be called off in humiliating circumstances. In Long Walk, Mandela notes that the strike was completely effective in towns where it was enforced by violence or pickets. ‘I have always resisted such methods,’ he says, but goes on to reason that coercion is acceptable in cases where a dissident minority is blocking a majority. ‘A minority should not be able to frustrate the will of the majority,’ he concludes.

But in the prison manuscript, he says the opposite. ‘This is not a question of principle or wishful thinking,’ he says. ‘If force will advance [the struggle], then it must be used whether or not the majority agrees with us.’ Pardon my italics, but it’s important to understand what you’re looking at here: the rewrite makes Mandela sound reasonable. The original is Stalinism. Who determines the course of struggle? It is the communist vanguard, imbued with higher wisdoms derived from the gospel of dialectical materialism. And if the majority talks back, they must be smashed. As they were in the final bloody phase of the struggle here. And everywhere else in Planet Soviet.

The third area of amendment involved errors of even-handedness. I thought I knew South African history, but one section of the prison manuscript surprised me. (The section beginning on page 304, if you must know. The entire book is available at http://specc.ie/longwalkms). I’d heard of the Alexandra bus boycott of 1957, in which a determined display of people power forced capitalists to withdraw a fare increase. But I was totally ignorant of ANC-led boycotts against Langeberg, a giant food-canning operation, and United Tobacco; both corporations were forced to deal with African unions and grant wage increases.

Emboldened, the ANC tackled cruel potato farmers, and brought them down too. Soon it was organising consumer boycotts all over the country, and often winning. At the same time, it was behind the ceaseless protests against the pass laws for women while winning stunning victories in the Treason Trial and elsewhere. The cost in ANC lives: zero. ‘To the best of my knowledge,’ writes Mandela, ‘no individuals [meaning political detainees] were isolated, forced to give information, beaten up, tortured, crippled or killed’ prior to December 1961, when the communists started their bombing campaign (see page 302).

Clearly, this could not be allowed to stand. It spoils the plot completely! So Stengel cut it, allowing Long Walk to soar towards to its moral epiphany. Provoked beyond endurance by oppression, Mandela convinces the ANC’s timid old guard that it is time to fight back. With their blessing, he goes on to form MK, ‘military wing of the ANC’, which launches a bombing campaign against non-human targets.

If we are to believe Stephen Ellis and Irina Filatova, a Russian historian who has also published on the subject, all of this is doubtful or fabricated. The decision to go to war was actually taken by the Communist party, meeting in a prosperous white suburb, in a marquee where black Africans were outnumbered around two to one by white and Indian intellectuals. ANC president Albert Luthuli did not endorse the move to violence and MK was not the military wing of the ANC at all — it was the sole creation of the Communist party, and everyone involved in its high command was openly or secretly a communist.

You will find nothing of this in Long Walk, of course. Is that Stengel’s fault? I think not. Mandela’s secret was still a secret in the early 1990s, and Stengel was a hired hand, taking instructions from God knows who. I attempted to elicit a comment, but Mr Stengel failed to get back to me. Another man who might be able to shed light on the mystery is Mac Maharaj, the man who smuggled the original out of prison, now a spokesman and adviser in the office of President Zuma. But he didn’t return my calls either.

We will therefore have to turn to Hollywood to complete this story. I went to see the movie version of Long Walk to Freedom armed with a pen and ready to fight yet another rearguard action for Afrikaner honour, only to find myself disarmed by the director Justin Chadwick’s take on the Mandela story. No one really expects movies to be true, and this one certainly isn’t. It’s a fable about a brave man who sticks up for what he believes in and, against all odds, wins in the end. Music swells, titles roll and I must hide the fact that I am moved. (Yes, I am a sucker.)

Then I borrow an electronic copy of the script and run a search for the word ‘communist’. Two scenes come up. In one, a white policeman jostles Mandela while saying, ‘Ag, everyone knows you’re a bloody communist!’ In another, a white police general appears at the scene of a bombing and says, ‘This is the work of communist terrorists….’ Both cops are clearly intended to be taken as racist buffoons. This is a perfect distillation of the traditional left-liberal position on Mandela. For decades it was gospel. Now, it’s inadvertently funny.

Rian Malan is affiliated to the Foundation for African Investigative Reporters.