[ENG] President of Oxfam-Solidarity (Belgium) is a former terrorist 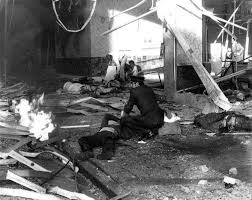 Guido Van Hecken , president of Oxfam – Solidarity in Belgium, is a former terrorist who was actively involved in the terrible terrorist attack by the ANC in Pretoria in 1983, which killed 19 people and left hundreds wounded. There were already suspicions in that direction, but his accomplice, Hélène Passtoors, has recently confessed in the Belgian weekly magazine ‘Humo’. To our knowledge, it is the first time an association for ‘development’ is led by an ex – terrorist.

Our story starts May 20, 1983. The ANC is conducting a campaign of terror against the Afrikaner government in South Africa. In the late afternoon, two black ANC-activists drive a heavy car bomb to Church Street in Pretoria. Since the headquarters of the South African Air Force is located there, the intention is to remotely detonate the bomb at the time when many hundreds of staff, black and white, military and civilian, are walking to the train and bus station. The bomb explodes prematurely, killing the two ANC terrorists themselves. Nineteen people die immediately, including 7 soldiers. There are 217 wounded, many of whom have been crippled and hurt for life. The devastation is enormous. 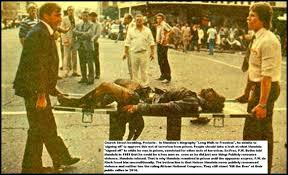 (Photo 1: the devastation after the blow, photo 2 : one of the corpses, carried away). 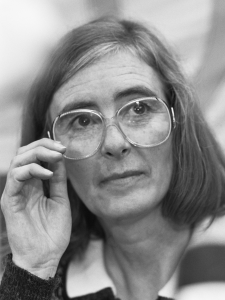 The South African security forces are shocked, but have an idea of which way the perpetrators must be sought. In June 1985, Hélène Passtoors is arrested, an extreme left-wing Flemish (Dutchspeaking Belgian) working for the university in Maputo, the capital of Mozambique.     She is suspected by the South Africans of involvement in the Church Street attack, but there is no evidence. In Belgium a rare campaign of support from the left breaks loose, with all allegations against Passtoors being depicted as “lies ” from the South Africans. Passtoors is convicted and imprisoned for offenses other than the Church Street bomb, but released in 1989 under pressure from the Belgian state; she returns to Belgium, where she is welcomed by the left as a hero.

Late last year 2013, something remarkable happens. Hélène Passtoors gives interviews in Humo where she finally admits her share in the terror attack. She describes what her job was: as a white, she could pass without problems the borders around South Africa. On Thursday, May 19, 1983 she received in Swaziland of ANC’er Rashid the keys to the car bomb. She knew very well that it was a car bomb, as the radio antenna was thicker than regular. Which is needed to remotely detonate the bomb. She dropped the car at the station of Mamelodi, and returned back by train. The car was later picked up by the two ANC terrorists who will die in the attack.

Why the late confession of Passtoors? Apparently she wants to publish this year a book, “Free freedom’, which could use some publicity. An element can slo be that the attack is now 30 years ago, and any civil claims from victims and family seem barred under Belgian law. Moreover, the attack is filed by the ANC to the South African ‘ Truth Commission ‘, so an amnesty was declared for those concerned. Anyway , the involvement of Passtoors is no real surprise : it was only the left in Flanders that still continued to preach her “innocence”…

More interestingly is that Passtoors detailed the complicity of Guido van Hecken. Van Hecken, describes Passtoors, was at the time of the attack the head of her department at the University of Maputo. When ANC’er Rashid called her and asked to make an ” urgent mission ” to quickly transport the car bomb, it was Guido van Hecken who arranged it. “He was the head of my department and always helpful,” says Passtoors. 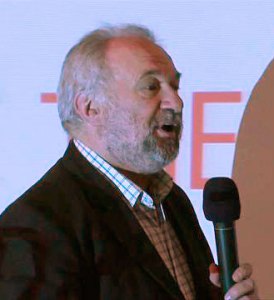 Guido van Hecken then played a key role in smuggling the car bomb across the border, notably by providing falsified plates. Passtoors will occur as a Belgian tourist, and therefore the car is equipped with Belgian red -white plates. Once the car bomb is driven across the border, it will be provided with South African license plates, to blend into the South African scene. ” We look carefully after the papers’ , so remembers Passtoors. “Belgian car papers belonging to the plates that sit on the car: red plates with white numbers . There is also a set of South African papers and license plates, with a proper engine and chassis number : fine work of our brilliant forger in Maputo, Guido van Hecken The South African set we stab away in a secret place in the trunk.” ( Humo , 10/12/2013) .

Passtoors describes how the South African border troops subject her car to a routine examination, but find nothing suspicious and let her through. Te fact that the falsified plates by Van Hecken were essential is also illustrated by Passtoors ‘s efforts to dispose of them afterwards. “Beyond the hills , I am looking for a suitable place to exchange the license plates and the Belgian plates. In broad daylight it is not obvious, but I find a country road where I can work undisturbed with the screwdriver, and a fast-flowing river carries the scraps of paper at once. Under the sand red plates will quickly corrode beyond recognition. ” ( Humo , 10/12/2013 )

A day later murder and destruction burst loose on a scale rarely seen until then in Pretoria. Passtoors describes how she talks about that later with Oliver Tambo, the ANC chief who had ordered the attack. ” Such things are sometimes necessary ,” it sounds . And Passtoors doubts not too long. “It is the paradox of a freedom fighter : to know that you should use violence to make the violence stop.”

In another Flemish (Dutchspeaking Belgian) weekly magazine, Knack, of May 23 2012 Guido van Hecken talks itself on his terrorist activities. Besides forging documents he also engaged in the smuggling of weapons into South Africa and exploring potential targets for terrorist attacks: “I drove cars full of weapons or money to South Africa and conducted reconnaissance.’ Van Hecken also bought cars for the ANC. “My involvement was limited to the purchase of cars,” it sounds in Knack. The use of the word ‘ limited ‘ is misleading here: the purchases of the cars were absolutely necessary to make the ANC develop it’s terrorist activities…

Guido van Hecken is today the president of ‘Oxfam – Solidarity’, which is one of the three associations that operates in Belgium under the name ‘Oxfam’, the other two being the Dutch-speaking and French-speaking ‘Fair Trade’-stores. Oxfam is a key player in the development lobby in Belgium, the organisation received in 2011 at least 3 million euros grants from the Belgian federal government. It is one of the organizing members of the annual 11.11.11 campaign for ‘development in the south’. It is also one of the organizations who supports the campaign 1212 to help Syria.

Oxfam is an association, according to the website, that bases its approach and its programs in the South (development, relief) and the north (campaigns , lobbying) on “five fundamental rights.” The first fundamental right that Oxfam says to defend is the right to life and security. Unfortunately that right was not respected for Adriana Meyer, a name we take randomly from the list of victims of the Church Street bomb. She was 40 years old when the car bomb of the ANC splashed apart and ended her life.

The terrorist activities of Van Hecken were virtually no brake on his future career. He was active in the left-wing ecological party Agalev, later called ‘Green’, and he became an employee of Green-Cabinet Secretary Eddy Boutmans – who, according to Van Hecken, was perfectly aware of his past as a former terrorist. Van Hecken later had no trouble getting started working in the services of the European Parliament. Apparently the Belgian State Security had all that time no objections….

It is not the first time Oxfam-Solidarity Belgium makes strange moves. Earlier it started a boycot campaign against Israëli products, as a part of the international Oxfam-campaign that caused US-moviestar Scarlett Johansson to leave Oxfam.