48 WOMEN RAPED EVERY HOUR IN CONGO 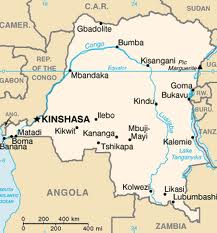 The African nation of Congo has been called the worst place on earth to be a woman. A new study released Wednesday shows that it’s even worse than previously thought: 1,152 women are raped every day, a rate equal to 48 per hour.

That rate is 26 times more than the previous estimate of 16,000 rapes reported in one year by the United Nations.

Congo, a nation of 70 million people that is equal in size to Western Europe, has been plagued by decades of war. Its vast forests are rife with militias that have systematically used rape to destroy communities.

The analysis, which will be published in the American Journal of Public Health in June, shows that more than 400,000 women had been raped in Congo during a 12-month period between 2006 and 2007.

On average 29 Congolese women out of every 1,000 had been raped nationwide. That means that even in the parts of Congo that are not affected by the war, a woman is 58 times more likely to be raped than a woman in the United States, where the annual rate is 0.5 per 1,000 women.

“The message is important and clear: Rape in (Congo) has metastasized amid a climate of impunity, and has emerged as one of the great human crises of our time,” said Michael VanRooyen, the director of the Harvard Humanitarian Initiative.

Margot Wallstrom, the U.N. special representative for sexual violence in conflict, said the figures in the study are higher than the U.N.’s because it covers all sexual violence—including domestic and intimate partner violence—not just from military actors.