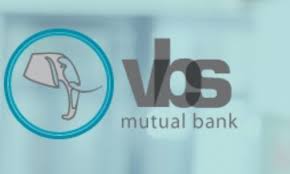 Matodzi, former chairperson of VBS Mutual Bank and its shareholder Vele Investments, is the alleged kingpin behind R2-billion theft of the bank’s funds.

Around R2 billion was found to have been stolen from the bank.

UPDATE: Later on Wednesday, the head of the Hawks, Lieutenant General Godfrey Lebeya, announced that four men had been arrested, three more were still due to hand themselves over, while the eighth suspect was in quarantine due to Covid-19. Read more here.

Nearly two years after a R2-billion theft of VBS Mutual Bank funds was laid bare, several top VBS insiders, including board members and the chief KPMG auditor for the bank, were arrested or were in the process of handing themselves in during an early morning blitz.

This included search and seizure operations at the homes of the men. Included in those expected to be arrested is former VBS and Vele Investments chairperson Tshifhiwa Matodzi, the alleged kingpin of the theft of depositor’s funds from the bank. They were expected to appear in court on Thursday. Of the R2 billion that was taken, Vele received R936 million, which was used to purchase several other companies.

Matodzi himself, forensic investigations found, received R325 million. In the majority, the funds stolen represent investments made by numerous local and district municipalities from around the country. Pensioners' and stokvel accounts held at VBS were also affected.

PODCAST | THE STORY: EFF BACK IN PUBLIC POLITICS AS NEW REPORT GIVES INSIGHT INTO VBS LOOT

The EFF has entered the spotlight again after new revelations of VBS mutual bank money allegedly being paid into slush funds that found its way into the pockets of party leaders Julius Malema and Floyd Shivambu.

In a bombshell report titled "The Great Bank Heist" released in October 2018, advocate Terry Motau set out his investigation into the grand corruption and theft at VBS, and recommended a series of criminal charges against Matodzi and others.

Hawks spokesperson Brigadier Hangwani Mulaudzi, when contacted on Wednesday morning, said he was in a meeting and would provide feedback on a request to comment. Later on Wednesday, Hawks head Lieutenant General Godfrey Lebeya and National Director of Public Prosecutions Shamila Batohi are expected to brief the media on "progress of priority crime investigation cases".

THOSE EXPECTED TO BE ARRESTED

Matodzi, who was the chairperson of both VBS and Vele, was however not interviewed by Motau.

"The overwhelming evidence that has been gathered, from numerous sources, reveals Matodzi to be the kingpin in the fraudulent and theftuous conduct of VBS’ business. He, his companies, and his associates have been positively identified as the main beneficiaries of the massive fraud," Motau wrote in his report.

Forensic accountants found that, in total, R325 million was gratuitously diverted to Matodzi, and more than R936 million to Vele and associates of the company – under Matodzi’s direction. Matodzi has been sequestrated and some of his assets seized. The South African Institute for Chartered Accountants stripped him of his membership in February 2019.

Motau said that Ramavhunga "would have me believe that, despite the fact that he was the CEO of VBS for the better part of four years, he was blissfully unaware of what was going on under his nose". "I simply do not believe him," Motau said in his report. He added: In my view it is abundantly clear that Ramavhunga was a central and active participant in the unlawful conduct of VBS’ affairs, who was very well rewarded for his complicity. Ramavhunga received around R28.9 million.

Madzonga, a qualified attorney, was the chief operating officer of VBS and then later the COO and CEO of Vele. Motau said that Madzonga, who recently re-emerged into the public spotlight as a pastor of a church, denied that he was involved in the looting of VBS. "I am not in a position to make a definitive finding as to what specific role Madzonga may have played. Although the wholescale looting of VBS did not take place while he was an employee of VBS, the principal beneficiary of the looting was certainly Vele, at a time when Madzonga was first its COO then its CEO. Madzonga’s denial of any knowledge or involvement in the frauds and thefts rings hollow," Motau’s report said.

"What, however, is very plain is that Madzonga was extremely highly rewarded for whatever it was that he did. He, both directly and indirectly through a company named Le Vainqueur received payments totaling just over R39 million in the period from July 2016 to February 2018 from various VBS accounts, mainly associated with Vele and Matodzi."

WATCH | 'It is a fabrication, it is unfounded' - Malema denies VBS allegations

Mukhodobwane, the former general manager of treasury at VBS, assisted Matodzi to ensure payments were made to other directors and board members, and several politicians. For his role, he received R30.5 million.

Truter, as the chief financial officer, was a key figure in manipulating the bank’s internal systems to create fictitious account balances that were used to ensure the flow of funds to various companies and persons.

Truter was paid nearly R6 million over and above his salary in exchange for his complicity, but with him rested one of the more crucial responsibilities to identify and report the fraud.

Malaba was a chartered accountant who was the engagement partner on the 2017 VBS audit for KPMG.

Malaba had obtained very substantial facilities from VBS which cannot be regarded as arm’s length borrowings and were not declared to KPMG. He gave an unqualified audit opinion in circumstances where he knew the financial statements were misstated. He also gave a regulatory audit opinion which he knew to be false.

The facilities granted to Malaba amounted to R33.9 million.

Nesane was a Public Investment Corporation employee who served as a non-executive director on the VBS board, and admitted to being "rewarded in an improper manner" in exchange for his silence. According to Motau’s report, Nesane received R16.6 million.

Magula was the second PIC employee seconded to the VBS board as a non-executive director and also admitted to being "rewarded in an improper manner" for not raising the alarm.According to Motau’s report, he received R14.8 million through two front companies.

In return, Magula told Motau, VBS chairperson Matodzi was "buying silence from those that could speak the truth".

Ramikosi who was the chief financial officer of the SAPS and non-executive director of VBS, admitted to being "rewarded in an improper manner" and acted as chairman of the audit and risk committee of the VBS board.

He admitted to receiving payments totaling roughly R750 000, which he described as "windfalls", through a front company named Zanoware.

Brief history of the VBS saga

VBS was placed under curatorship in March 2018 by the Prudential Authority (PA), a division of the Reserve Bank responsible for the regulation of the banking sector.

Anoosh Rooplal was appointed as the curator and later as the liquidator after his initial investigations revealed serious cause for concern over the ongoing validity of the bank as a going concern.

A subsequent investigation by Motau and Werksmans Attorneys mandated by the PA, resulted in a report titled "The Great Bank Heist" published in October 2018 which set out in some detail how the R2-billion fraud was conducted, and subsequent attempts to hide it.

Money flowed to ANC and EFF politicians – many ANC members in positions of leadership in local municipalities, received bribes or "commission payments" for ensuring that their various municipalities invested funds in VBS. Forensic accountants revealed, according to Motau, that over the period from 27 January 2015 until the advent of the curatorship VBS received over R3.4 billion from municipalities. In turn, it made payments to municipalities of just over R2.3 billion. Many of these municipalities are still attempting to recoup investments in VBS.

Notably, VBS executives extended an R8-million bond to former president Jacob Zuma to pay back some of the money used on non-security upgrades at his Nkandla homestead.

He was ordered to do so by the Constitutional Court following a report by former Public Protector Thuli Madonsela.

It was determined that he owed R6.7 million, which was dutifully repaid with the VBS bond money – which it turned out was likely funds diverted from investments made by local municipalities across the country.

News24 has previously reported that Zuma was struggling to repay the bond, and attorneys had threatened to seize his Nkandla home.

Starting in 2018 up to August 2019, Rooplal ensured the directors of VBS and some of their spouses were finally sequestrated by the courts and in the course of 2019, assets were seized and auctioned off to recoup some of the funds stolen.

The South African Reserve Bank (SARB) received the forensic investigation report into the affairs of VBS Mutual Bank (VBS) from Advocate Terry Motau SC on 5 October 2018. This report was in pursuance of Advocate Motau’s appointment as an investigator in terms of section 134 of the Financial Sector Regulation Act 9 of 2017 by Deputy Governor of the SARB and Chief Executive Officer (CEO) of the Prudential Authority (PA), Mr Kuben Naidoo.

VBS was placed under curatorship on 11 March 2018 against a backdrop of a serious liquidity crisis at the mutual bank. The initial findings of the curator revealed significant financial losses in VBS, which prompted the decision to institute a forensic investigation.

The primary objectives of the forensic investigation were to establish whether:

Any of VBS’s business was conducted with the intent to defraud depositors and/or any other creditors of the mutual bank, or for any other fraudulent purpose;

VBS’s business conduct involved any questionable and/or reckless business practices and/or material non-disclosure, with or without the intent to defraud depositors and/or any other creditors; and

There had been any irregular conduct by VBS’s shareholders, directors, executive management, staff, stakeholders and/or related parties.

The evidence presented in the report is not a reflection of either the guilt or innocence of any party as not all parties have been given an opportunity to respond to the evidence. The report may assist the law enforcement authorities in its investigation into the affairs of VBS. Once their investigations have been concluded, the authorities may decide to institute criminal prosecutions; the courts will be the final adjudicator in this regard.

A copy of the report has also been provided to the Acting Commissioner of the South African Revenue Service (SARS), Mr Mark Kingon.

The report is available here.(link is external)