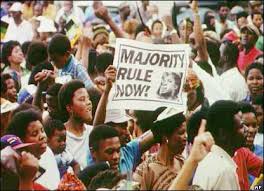 Cape Town - President Jacob Zuma’s firewall in the National Assembly held firm as he survived a no-confidence motion from opposition parties despite wrangling earlier over whether the vote should be taken by secret ballot.

South Africa’s president had faced 10 no-confidence motions since 2010, and this had been the second one since June. 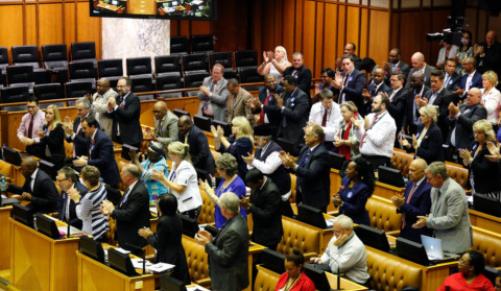 The latest no-confidence motion followed last week’s court-ordered release of the report into state capture by the public protector, and the sudden reversal of plans to prosecute Finance Minister Pravin Gordhan by National Director of Public Prosecutions Shaun Abrahams.

After more than two hours of deliberation and debate, the ANC used its numerical advantage to ensure that, for now, Zuma would not be removed from office.

Deputy Speaker Lechesa Tsenoli initially called for a voice vote, and when opposition parties objected, he called for a division, and after much argument, the doors of the chamber were shut, with MPs using their electronic consoles to cast their votes.

The votes were counted: 214 MPs voted against the motion, 126 voted for it. There was one abstention. Fifty-eight did not cast their votes, almost all of whom were absent from the sitting.

Rallying his troops ahead of the vote, Zuma made a rare appearance at the ANC’s caucus meeting, where he was greeted with cheers, and song despite the scandal engulfing his presidency.

After the votes, the house was adjourned as ANC supporters brought in to fill the public gallery sang songs, celebrating Zuma’s latest triumph against opposition parties.

Amongst those joining supporters in song was International Affairs and Co-Operation Minister Maite Nkoana-Mashabane, who said the vote proved that “democracy is alive in South Africa”.

“Representatives of the people have spoken. It’s never too late to re-affirm what democracy stands for in South Africa because our people died for this, they sacrificed life and limb.

“President Zuma was elected by the people of South Africa who voted ANC through this Parliament,” said Nkoana-Mashabane.

DA MP Gavin Davis said the ANC was afraid to have a secret ballot because certain people within its ranks were “conflicted”.

“I think the ANC today had a pyrrhic victory, they think they won this debate today, but they actually lost because they showed South Africa that they will fall in line behind Jacob Zuma, behind a corrupt and broken president, they showed their true colours today,” said Davis.

She said opposition parties, despite unhappiness amongst those in the ANC ranks, could not divide the party.

According to Zulu, the DA had lobbied ANC MPs, sending them letters, in the hope of influencing their vote.

“We shall not be divided by the opposition,” said Zulu.