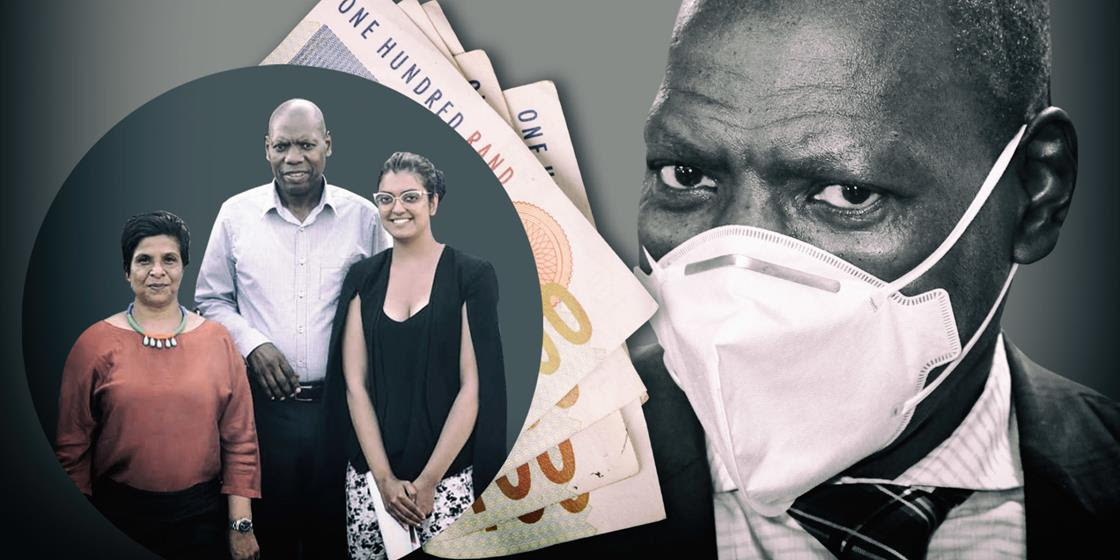 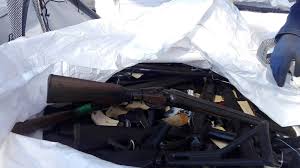 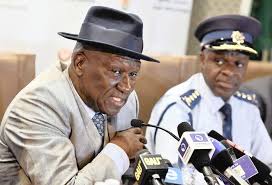 Health Minister Dr Zweli Mkhize’s long-time personal spokesperson and his former private secretary pocketed Covid-19 cash as paid consultants for a shadowy contractor appointed by the Department of Health. The company, Digital Vibes, has secured DoH contracts worth more than R82m for work related to the pandemic.

Digital Vibes, an obscure communications company from KwaZulu-Natal, appointed two close associates of Health Minister Zweli Mkhize as paid consultants after it secured an irregular communications contract from the Department of Health (DoH).

The scope of work was extended in March 2020 to include communications services for Covid-19.

In a period of just nine months, the firm obtained orders from the DoH for Covid-19 projects valued at more than R82-million.

The same company also clinched a contract from the Department of Cooperative Governance and Traditional Affairs (Cogta) in 2018, while Mkhize led this department.

In both instances, Tahera Mather, Mkhize’s long-serving personal spokesperson and alleged family friend, scored consultancy jobs from Digital Vibes after it had secured the government contracts.

The DoH denies that there was a conflict of interest, but it says that it is currently investigating the deal.

Digital Vibes has no website. Its business address is listed as a residential property in KwaDukuza (formerly Stanger) on KwaZulu-Natal’s North Coast, according to company records.

The company’s principal director, Radha Hariram, doesn’t appear to have any visible footprint in the communications industry.

Hariram and Mather are both originally from Stanger.

Zweli Mkhize with Tahera Mather and Khusela Diko, President Cyril Ramaphosa’s former spokesperson, during a trip to New York in 2017.

After Digital Vibes won the NHI contract, the company also appointed Naadhira Mitha, a former assistant private secretary in Mkhize’s office when he was minister of cooperative governance and traditional affairs.

In other words, two associates of Mkhize have pocketed emergency Covid-19 cash from the DoH via their consultancy work for a company appointed by the department. They were asked how much money they were earning from the contract, but neither responded.

Mather has been at Mkhize’s side as a spokesperson or media aide for many years. Her social media accounts are awash with pictures and other content relating to her work alongside Mkhize. Some of the pictures date back to 2014.

But sources familiar with the health minister’s circles say their relationship goes as far back as the 1990s, when Mkhize was MEC for Health in KwaZulu-Natal.

Mather was a “family friend” of Mkhize and his family, one source claimed.

This appears to be backed up by interactions on social media between Mather and family members of Mkhize.

“Thank you my darling boy,” Mather responded in the comments section.

Zweli Mkhize, Tahera Mather (in red) and Naadhira Mitha (to his left), along with others, in March 2019.

Mather and Mitha are not listed as directors of Digital Vibes.

But Mitha appears to have played some role in the day-to-day running of the business after it secured the DoH contract.

Scorpio established that she was listed as a contact person for the offices Digital Vibes rented in Houghton, Johannesburg. The company rented the space for only a year and vacated these offices in December 2020.

The DoH and Mkhize confirmed that Mather “assisted the office of the [ANC] TG [treasurer-general] with specific activities” when Mkhize occupied that position at the ANC’s headquarters.

They also confirmed that Mitha had worked as Mkhize’s personal assistant.

However, they don’t view any of this as a problem.

“We further confirm that the individuals referred to in the questions are not employed by the Department of Health. Therefore, the department has no legal reason or authority to limit their participation in any business activity or other employment opportunities,” reads a written response.

Nevertheless, the DoH is investigating the contract.

It said it could not respond to several of our queries in light of an ongoing probe by the department’s director-general.

Efforts to obtain comment from Mather, Mitha and Hariram were less successful.

Mitha did not respond to detailed queries about her work with Mkhize, her connection to the rented offices in Houghton or her work for Digital Vibes.

Hariram vowed to respond to queries about her ties to Mather and Mitha, among other issues, but she failed to do so.

Scorpio sought to learn from Mather exactly how she knew Hariram and how she got roped in for the DoH and Cogta work.

During a brief phone call last week, Mather denied that she was close to Hariram.

Before asking for detailed queries to be emailed to her, she admitted that she had worked as a consultant on Digital Vibes’ Cogta and DoH contracts.

She said she did not get involved in the contract between the DoH and Digital Vibes because of her relationship with Mkhize.

But, we wanted to know, was it not perhaps more problematic that she benefited from the deal as a paid consultant to Digital Vibes?

She did not respond to this and other specific queries.

“I note that some of the questions you pose, insinuate corrupt behaviour by myself and others. These insinuations and allegations are defamatory and damaging of me and others,” she wrote in her only emailed response.

It remains unclear how the DoH identified Digital Vibes as a suitable service provider, or how the funds allocated to the company were spent.