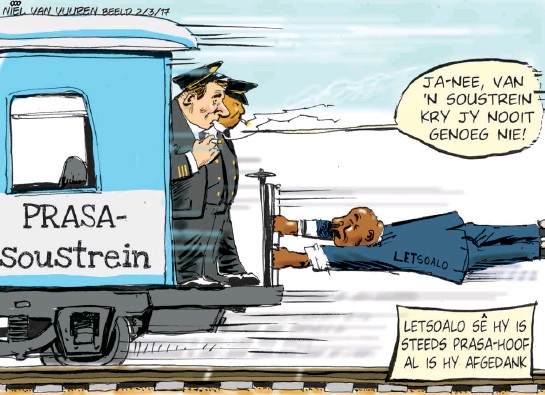 After insisting since February that public servants will face a pay squeeze and not receive inflation-busting salary increases to help restore public finances, the government had an abrupt change of mind on Tuesday 1 December.

A day before the start of a long-awaited case at the Labour Appeal Court on Wednesday 2 December over salary increases, the government extended an olive branch to trade unions representing 1.2 million public servants including teachers, nurses and police officers.

The government wants the court case to be postponed to after 1 February 2021 to buy it more time to negotiate an out-of-court settlement with trade unions. February is a crucial month for the government as it finalises departmental budgets, including the expenditure on salaries for public servants.

But the trade unions that have dragged the government to court – including the Public Servants’ Association and others affiliated to Cosatu – do not support the postponement and want the court case to go ahead.

Mugwena Maluleke, the chief negotiator for the majority of the Cosatu unions, has described the last-minute move by the government as “disrespectful and disingenuous” because it has always taken an adversarial approach with unions over the wage dispute, but now wants to make peace.

“The proposal for a postponement is part of a delay tactic that has been employed by the government. It had nine months to engage with unions and offer a settlement. It is now too late. We want the court case to proceed,” he told Business Maverick.

That the government is now open to a settlement after drawing a line in the sand on public servant wages for 10 months arguably indicates that it is bowing to trade union pressure.

But credit rating agencies Moody’s and Fitch, which in November downgraded SA even deeper into “junk” territory just six months after their previous downgrades, saw the U-turn by the government coming on public servant wages. Both rating agencies cast doubt on the government’s plan to implement wage freezes for public servants over the next three years, saying there is no political will for it to forge ahead with this unpopular decision. The wage freeze for public servants, which begins in 2021, is at the heart of the government’s plans to cut its spending by R300-billion over the next three years to bring state debt under control.

At a virtual court hearing that is scheduled for 10am on Wednesday, the government – represented by the Department of Public Service and Administration (DPSA), which oversees employment in the public sector – is expected to push for a postponement.

At the heart of the court case is trade unions looking to enforce the final year of a three-year wage agreement. The wage agreement was signed by the government and trade unions in 2018 at the Public Service Coordinating Bargaining Council, where both parties negotiate terms of employment. The year 2020 is the last leg of the wage agreement, which proposed that public servants receive salary increases of between 4.4% and 5.4% – depending on their salary scale, with low- and mid-income earners getting a higher percentage.

But the government set the cat among the pigeons when it reneged on the wage agreement in April, saying the Covid-19 pandemic has wreaked havoc on public finances, making above-inflation salary increases for public servants unaffordable.

The state attorney, representing the DPSA, sent a letter to trade unions on Tuesday, calling all parties to agree on the postponement of the court case, subject to the approval of the Labour Appeal Court.

In the letter, the state attorney said the postponement would give the government the space to resolve the wage dispute through a settlement with trade unions rather than leaving it to the court to decide.

It’s unclear what the settlement that the government has in mind entails.

But unions said the settlement involves an agreement that the December contribution by the employer (the government) to the pension of public servants be used as a once-off bonus for public servants. Public Service and Administration Minister Senzo Mchunu has sought advice from pension experts to do this.

Reuben Maleka, assistant general manager of the Public Servants’ Association, said: “The proposal entails a pension-based approach whereby the employer’s contribution to employees’ pension, amounting to R27-billion, will be utilised to provide employees with a once-off bonus, calculated on the actual CPI [consumer price index] of 3% as determined in September 2020. This converts to the lowest-level employee receiving R4,000 and the highest-level employee receiving some R52,000 once-off taxable amount.” DM/BM