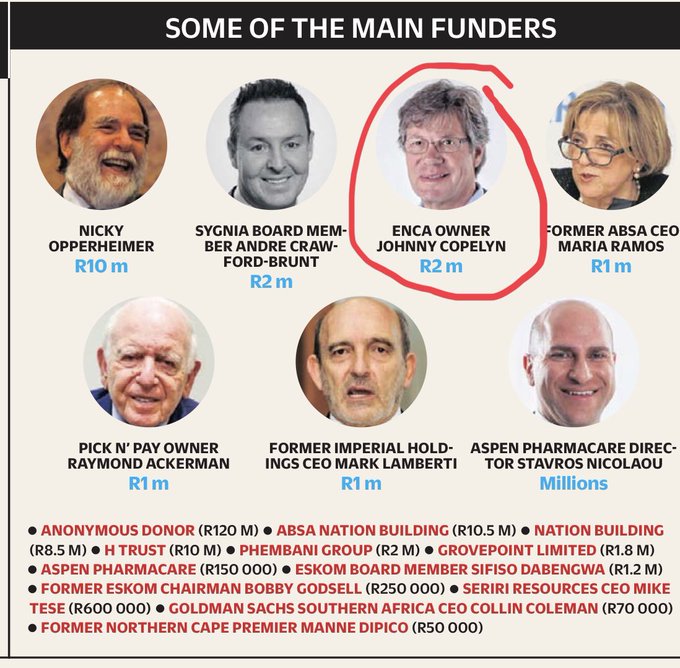 HOW THE CR17 CAMPAIGN FUNDS WERE CHANNELLED

Johannesburg - A group of politicians, campaign managers and strategists earned millions for their roles in President Cyril Ramaphosa’s successful ANC presidential campaign, with some having been on the CR17 payroll for the 12 months leading up to the party’s Nasrec conference.

Siweya, who was until recently an ANC Youth League NEC member, and Ntshavheni, a former ANC provincial executive committee (PEC) member, were the campaign managers in Limpopo.

ANC top brass defended Ramaphosa this week, saying that the leaking of the campaign emails exposed nothing illegal, but was “a calculated manoeuvre to defocus and detract from the immediate task of socio-economic issues and dealing with the challenges of our economy”.

Ntshavheni was paid R5 million through a company called Phore Farms Pty Ltd, of which she was a managing director until recently.

According to Ntshavheni’s CV, when she was appointed a board member of state-owned arms manufacturing company Denel in 2015, she was “employed as a managing director at Phore Farms (Pty) Ltd.

They were paid monthly salaries of between R50 000 and R180 000 each, with Sparg, Dukwana and Pokwana receiving payments after the conference.

At least R8.4m was spent on hotel accommodation for ANC delegates at Southern Sun and Protea hotels.

After the conference, the rest of the money totalling millions was transferred into the accounts of various property companies and trusts including Tshivhase Trust, Royal Property, Levi Properties, Ayt Properties and Dart Properties last year.

The records further show that the campaign received post-Nasrec conference donations worth R14m from various business people, trusts and organisations between January and October last year.

According to Seriti Resources’ website, the mining company “supplies coal to Eskom’s Lethabo, Tutuka and Kriel power stations”, which collectively generates about 23% of the country’s electricity.

The company bought Eskom mines from Anglo American in 2017 and its shareholders included Thebe Investments.

It’s chaired by Anna Mokgokong and its directors include businessman Sandile Zungu. Another post-conference donor was ANDH Trust, which put in R10m on November 12 last year.

The R14m in post-Nasrec donations raises questions about whether the donors sought to buy influence, contracts or positions.

It has also emerged from the financial statements that other prominent businessmen donated large sums to the CR17 campaign ahead of the conference.

Billionaire businesswoman Magda Wierzycka is the co-founder and CEO of Sygnia.

The group’s subsidiary, Umcebo Mining, supplies coal to Eskom through its Wonderfontein Colliery.

Goldman Sachs spokesperson Matthew Newton said Coleman could not comment on donations because, “any donation would have been in a strictly personal capacity”.

Aspen’s Nicolau confirmed the donation to the CR17 campaign as part of Aspen’s “contribution towards building a non racial, non sexist society”.

He added that the money had no influence towards the ARV tender that they were recently awarded “when Ramapahosa became President”.

Dukwana, Lamberti, Godsell and Oppenheimer could not be reached for comment on Saturday.