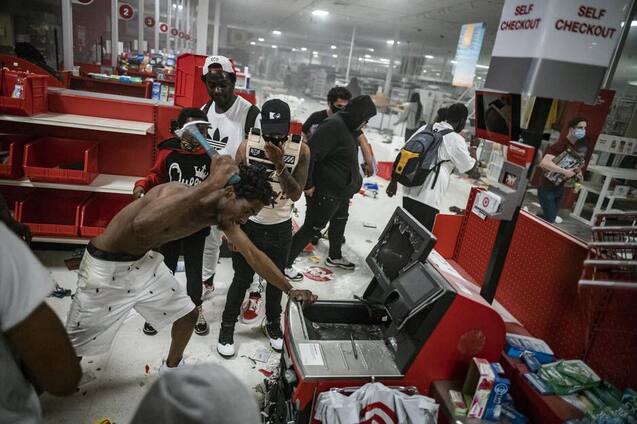 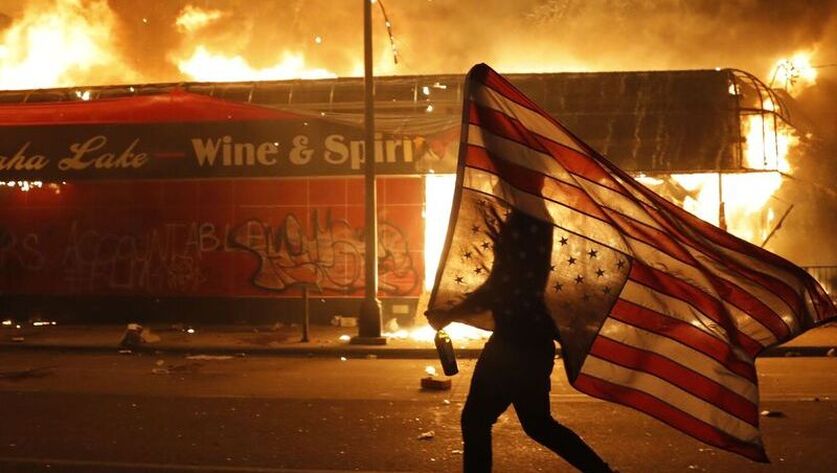 “Destructive forces are at work in the city; threats and lies never leave its streets.”

RIOTERS SHOULD NOT BE CONFUSED WITH PROTESTORS

How can violent destructive riots be misrepresented as “protests”? One news headline: “Protestors hurled Rocks and Molotov Cocktails at Police in Philadelphia!” Protests by definition are peaceful. Violence and protests are mutually exclusive. Rioters throwing rocks and “Molotov cocktails” should not by any stretch of the imagination, be misconstrued as “protestors.”

Fuel Bombs are Weapons of War not Placards

Molotov cocktails (also known as petrol bombs, gasoline bombs, fire bombs, or the poor man’s grenade) were first designed and named by the Finnish defenders fighting the Soviet Red Army invasion in the 1939-1940 Winter War. The term “Molotov cocktail” was a pejorative reference to the Soviet foreign minister, Vyacheslav Molotov. The Finns named their napalm-like mixture of petrol, alcohol, with some motor oil added, ignited by a burning cloth/wick held in place by the narrow neck of a glass bottle after the communist deceiver Molotov. The wick was usually soaked in alcohol, or kerosene, then the bottle was hurled at a Soviet tank, or other Red Army vehicle. When the bottle smashed on impact the ensuing cloud of fuel droplets and vapour ignited by the attached burning wick, or rag, caused an immediate fireball followed by spreading flames of the remainder of the ignited fuel.

The origin of the name came from the Communist propaganda which Soviet minister Molotov espoused during the Winter War, when he declared that the Soviet bombing missions over Finland were actually “airborne humanitarian food deliveries” for their “starving neighbours!” Therefore, the Finns, sarcastically referred to Soviet cluster bombs as “Molotov bread baskets” and their hand-held bottle firebombs to attack Soviet tanks a “Molotov cocktail” as a drink to go with his “humanitarian food parcels.”

The historic origin of both the term Molotov cocktail and this napalm-like weapon of war, should shed some light on the disinformation being broadcast about “mostly peaceful protestors!” 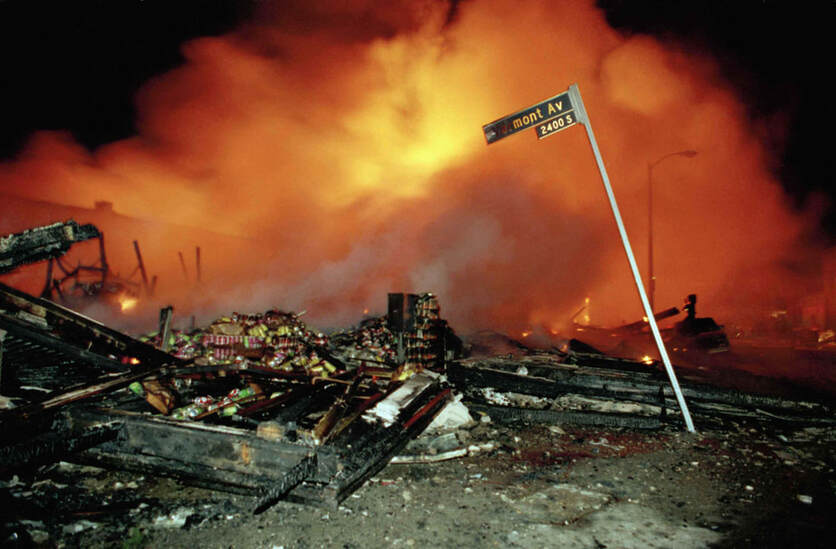 Reportedly, at least 145 cities across the United States of America have been ravaged by violent riots, looting and arson attacks. Literally thousands of businesses have been looted, damaged or destroyed by rioters, arsonists and looters. Fires were set in the historic St. John’s Episcopal Church on Lafayette Park in front of the White House. More than 50 secret service agents in Washington D.C. were injured trying to protect the White House from riotous mobs. Facts can really ruin a good media narrative.

With literally thousands of businesses devastated and Billions of Dollars’ worth of damage and losses across the United States, the reported narrative of “spontaneous rage” at “police brutality” seems tenuous. Initial reports indicate that there is evidence of orchestration behind the scenes. The sinister Antifa Terrorist movement plainly played a pivotal role. Vladimir Lenin spoke of “constructive chaos” to advance Revolutionary goals. As the National Guard deployed in 23 States and curfews were declared in many cities, the question needs to be asked; What role has the mainstream mass media played in fanning the flames and pouring fuel on the fires of violent discontent? 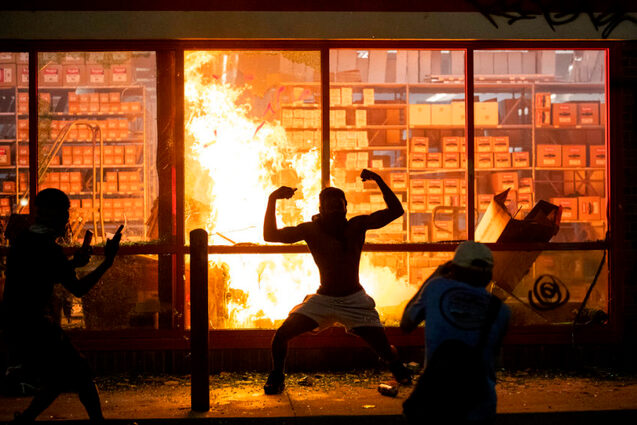 The zoom lens of selective reporting ignores the wide-angle lens of context. Frequently the mainstream mass media misses the big picture. There seems to be a pattern of ignoring terrible atrocities by Marxist Revolutionaries and the ongoing persecution of Christians in Islamic lands. “Whoever says to the guilty, ‘You are innocent,’ will be cursed by peoples and denounced by nations.” Proverbs 24:24

Atrocities that Do Not Make the News

As a Missionary to persecuted churches for most of the last 40 years, I have walked and worked In the Killing Fields of Mozambique, documenting the burning of Bibles, destruction of churches and massacres of Christians by the Marxist FRELIMO dictatorship. I have served suffering Christians in MPLA controlled Marxist Angola, documenting the destruction of churches, burning of Bibles and murdering of ministers by communist Cuban troops and the Marxists MPLA forces. In Rwanda, I walked knee high and sometimes waist deep in corpses, in churches, interviewing the survivors of the Rwandan Genocide and documenting in my book, Holocaust in Rwanda, the disgraceful roles of the United Nations, the French and Clinton governments, liberal WCC affiliated church leaders and the manipulation of the news media. 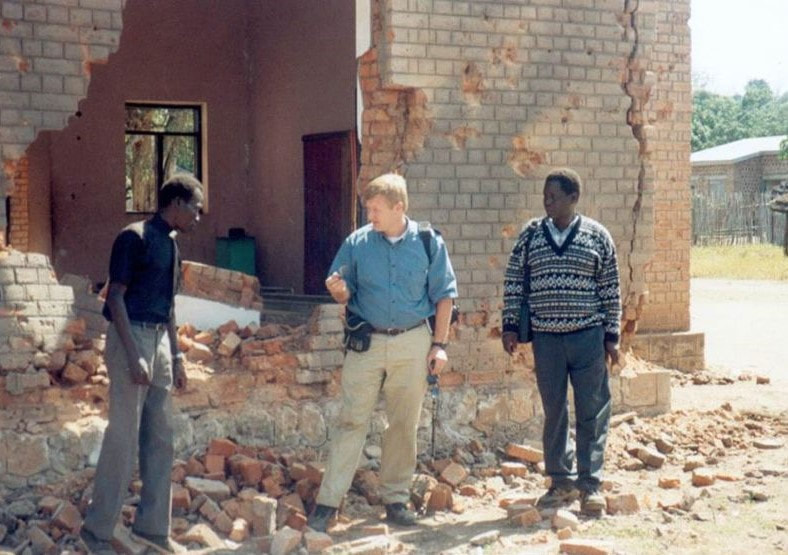 In Sudan, I was eyewitness to the scorched earth, Islamic Jihad genocidal war waged against Christians of South Sudan and the Nuba Mountains. This was documented in Faith Under Fire in Sudan book and in the Sudan: The Hidden Holocaust and Terrorism and Persecution films. Strangely, the secular mass media took little interest in the plight of millions of Christians persecuted in communist and Muslim lands in Africa and Asia. Apparently not all Black lives matter to CNN.

There are Positive Practical and Constructive Ways to Respond to Abuse

Although I have experience artillery, rocket and aerial bombardments at churches I was ministering in, as well as being arrested, abused and incarcerated in communist prisons, I never responded to the atrocities I witnessed, or to the abuse I endured, by advocating, or participating in, violence, or terrorism. No, that is not how Christians respond. I wrote books, helped produce films, gave presentations at churches and conferences, was interviewed on radio and TV programmes, testified at International Human Rights conventions and to members of the Senate Foreign Relations Committee in Washington D.C and to members of the British Foreign Office in London. 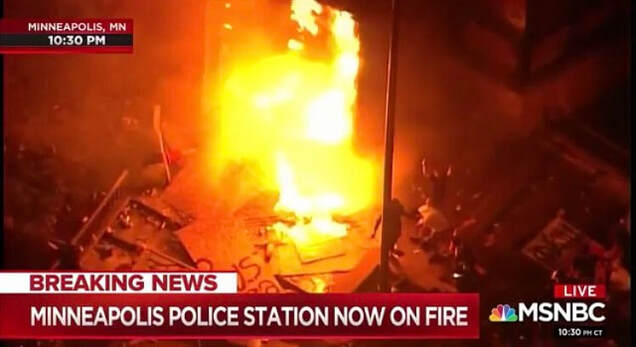 It is important to pray the Psalms, to take injustices directly to God and seek His intervention. To pray against evil. To shine the light of research and investigation on the dark dealings of the persecutors of the Church and those guilty of atrocities. To speak up for those who cannot speak for themselves. To be a voice for the voiceless. To do something positive and constructive to help build a better future, for families, for the Faith and for freedom.

TRUTH DOES NOT FEAR INVESTIGATION

It is important that we do not rely on only one source of information for our news and views on the world. We need discernment to understand the times and to know what Gods people should do. We need to evaluate everything in the light of God’s Word and seek to be positive, practical and solution focussed. 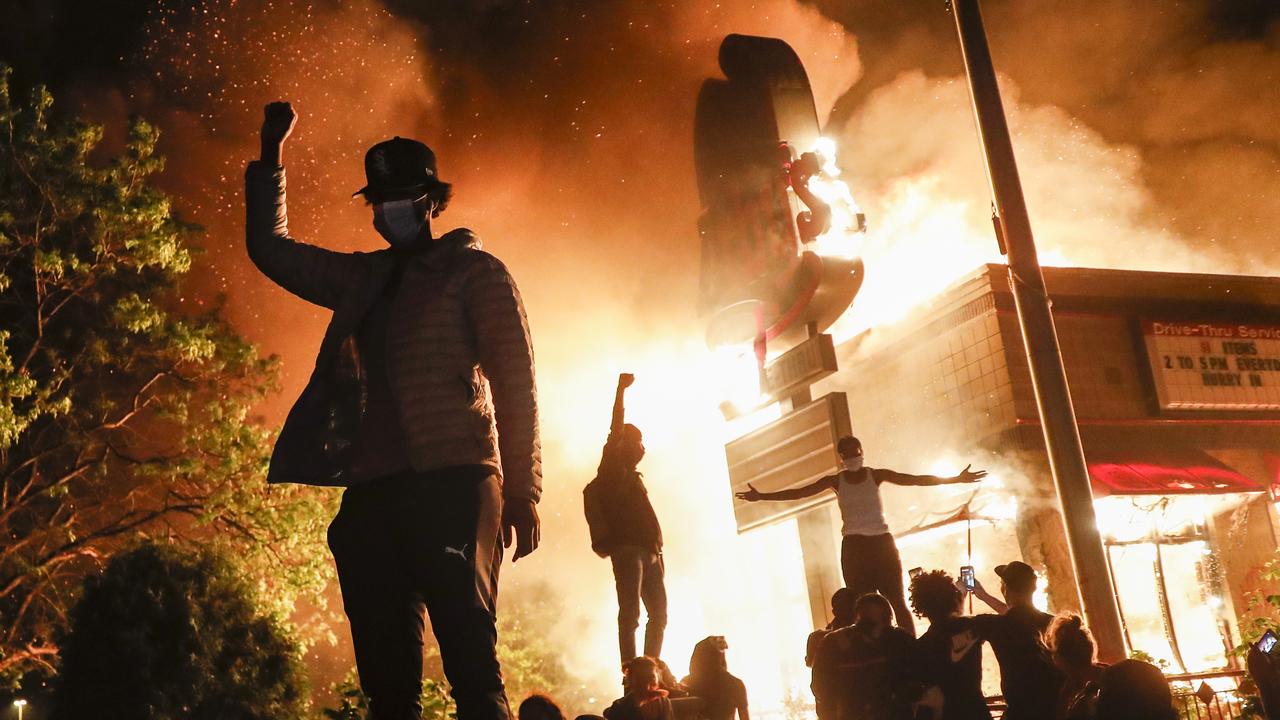 How is it possible that so much police energy was focused on arresting surfers, joggers and people walking their dogs and yet when St. Pauls, Minnesota erupted in violence the police chief evacuated his personnel and allowed rioters to occupy, vandalise, loot and torch the central police station? So, we learned that if you attempt to open your business during a lockdown, you could be arrested. But if you looted a business last week, the police left you alone! People exercising, running, or surfing were arrested, but those throwing rocks and Molotov cocktails were unimpeded by police action at St. Paul’s, Minnesota.

A Culture of Compulsion and Coercion

The excessive state overreaction enforcing a culture of compulsion and coercion during the COVID-19 Lockdown provides a stark contrast to the hands-off and withdraw approach of police in all too many cities, torn by violence, arson and looting.

​The Curse of Centralisation and Globalisation

All of this provides another vivid example of the dangers of centralisation and the advantages of decentralisation. The Swiss model of decentralisation is far better than the Towel of Babel, Egyptian pyramid, Nineveh, centralisation, top-down approach to government. Revelation 13 warns us of the anti-Christ goal of a one-world government, a one-world religious movement and a one-world economic system. Recent history demonstrates the dangers of the United Nations, World Health Organisation, European Union and other groups working for a New World Order. Globalism is such a threat that in a matter of weeks, 3.5 Billion people on the planet were in some form of government enforced lockdown.

DECENTRALISATION IS THE SOLUTION TO THE CHAOS THAT THREATENS CIVILISATION 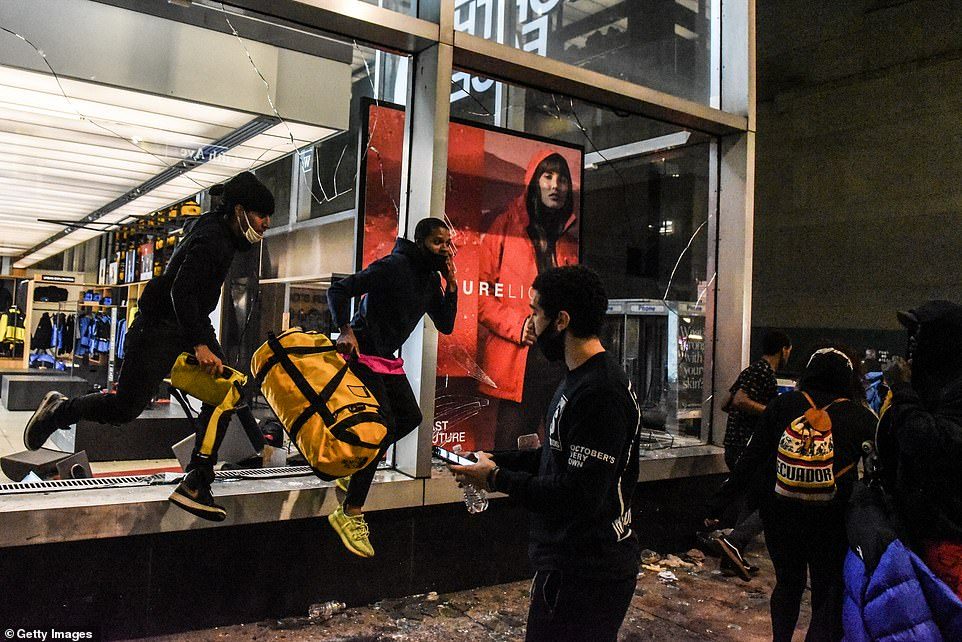 The global Lockdown and the riots devastating so many cities around the States, are just some of the results of globalism. Centralisation and the culture of compulsion and coercion were warned about in Revelation 13 and in George Orwell’s Animal Farm and 1984. “While they promise them liberty, they themselves are slaves of corruption; for by whom a person is overcome, by him also he is brought into bondage.” 2 Peter 2:19. We need to reject globalisation, centralisation, disinformation, the Revolution and their agenda and work for decentralisation, Reformation, praying for Revival.