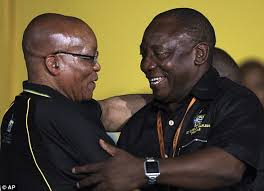 Ramaphosa to speak at Afrikanerbond centenary

File: According to the Presidency, the address is part of Ramaphosa's engagement of key stakeholders in building a prosperous South Africa. Photo: GCIS

According to a statement released by the president's office, the address is "part of engaging key stakeholders towards building a prosperous South Africa".

The Presidency says the Afrikanerbond was established on 5 June 1918 to look after the economic and cultural interests of Afrikaners. This year it celebrates its centenary during its national general meeting (bondsraad).

The Presidency says Ramaphosa’s attendance is an opportunity for him to engage the Afrikanerbond openly about his vision for the country, which is to rally all South Africans to do anything they can in their walks of life or circles of influence to build a prosperous and united society.

On its website, the Afrikanerbond says it and its predecessor, the Afrikaner Broederbond, held the hand of Afrikaners through times of "refining, suffering, and war".

The Afrikanerbond are worse than the ANC, they are the tribalists of the worst kind, who have been sowing the seed of hatred for years in our country. They were/are worse than ANC for cadre deployment.

CYRIL RAMAPHOSA IN LINE OF FIRE OVER PROFITS FROM GAME FARM

This article is over 3 years old 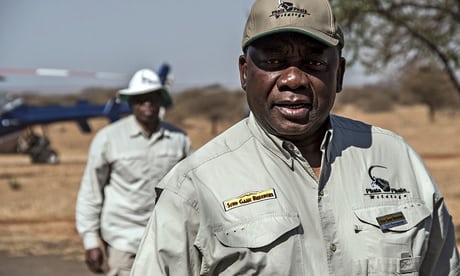 A Bell 407 helicopter touches down in a private nature reserve. Out steps a figure in khaki and baseball cap. Cyril Ramaphosa, once an impoverished union leader and activist, has some high-quality game to sell.

The deputy president of South Africa parted with three rare, white-flanked impala for more than $2.6m (£1.6m) at a weekend auction at Mbizi Lodge in Limpopo province, Agence France-Presse (AFP) has reported. During a speech Ramaphosa, who is black, defended the right of white game breeders to hold on to their land.

"The audience, a well-heeled crowd of overwhelmingly white, khaki-clad men and women with Louis Vuitton bags slung over their shoulders, broke into loud applause and whistles," AFP noted.

It seems unlikely company for a man tipped by many to be the next president of South Africa, where the chasm between rich and poor still has a strong racial character. Ramaphosa's African National Congress (ANC) is allied to trade unions and the Communist party, has pledged radical economic transformation and depends on the votes of the poor and unemployed.

The miners union leader-turned-multimillionaire tycoon is walking a tightrope before an expected attempt to succeed the troubled current president, Jacob Zuma. Ramaphosa hopes to convince the party, and the country, of his pro-poor credentials while also appealing to influential elites and a middle class, both black and white, who are increasingly turning their backs on the ANC.

Last Friday, at an economic summit in Johannesburg, he advocated a national minimum wage. Addressing discontent among trade unions, he invoked Nelson Mandela – and, by implication, his own part in the liberation movement – and stressed the value of dialogue rather than strikes. "What we achieved in 1994 was something that many people thought could never be done," he said. "I don't like the language that says, 'There is going to be a dispute'… There is always a solution to every problem."

It was vintage Ramaphosa, the smooth, statesmanlike reconciler and nation builder. But some on the left regard him as a sellout who embodies the worst of an ANC tendency to enrich themselves and leave the poor behind. During the struggle against white minority rule, Ramaphosa was a firebrand leader of the National Union of Mineworkers; by 2012, he was a member of the board at Lonmin, a London-based mining company whose striking workers were gunned down by police. He was recently heckled as he testified at the judicial commission of inquiry into the massacre.

A month after the shootings, Ramaphosa was roundly criticised for bidding on a $2m buffalo in 2012 amid a "sea of poverty". He owns a number of game farms in the country's northern provinces and invests "millions upon millions" in exotic species, such as buffalo and sable antelope, South Africa's City Press newspaper reported.

Land reform remains highly contentious in South Africa. The government had aimed to redistribute 30% of land from white to black people by this year but achieved only 8%. It has promised to move quicker and a recent policy paper seeks to give farm workers 50% ownership of the farms they work on. But at the weekend, as the Stud Game Breeders' auction fetched more than $22m, Ramaphosa sought to ease the anxieties of South Africa's white farmers.

"What I can say to you is continue investing in your farms, in your lands, because the constitution is there as a black and white document to guarantee the rights of all of us," the politician, selling game for the first time, was quoted as saying by AFP. "You should not stop investing because through investment you are creating jobs. You are creating opportunities."

Such sentiments get short shrift from the Economic Freedom Fighters, a radical opposition party pushing for the seizure of white-owned farms without compensation. Andile Mngxitama, its "commissar on land", said: "He is basically a black colonialist. Ramaphosa's direct benefit from impala sales is an indication of his being the representative of the white landed oligarchy which has benefited from stolen land.

"This landed oligarchy is not interested in food production but profits. The shift from agriculture to game farming is part of this move. Cyril is benefiting from this arrangement and as an agent of land thieves is giving guarantees that no land shall be redistributed. That's not Ramaphosa only – it's the ANC policy."

Ramaphosa was Mandela's choice as successor but he lost to Thabo Mbeki and went into business. Now, like Mbeki and Zuma before him, he has a shot at going from deputy to the top job. Ostentatious shows of wealth may count against him, however.

Justice Malala, a political columnist, said: "It's bad PR on his part. He needs to deal with the noise and fire coming from a left perspective.

"These are hard times for South Africans. The economy is poor and I think there are lots of people who would stop and wonder whether all these incidents of him seemingly spending quite a bit while ordinary South Africans and taking the strain are good for him. He's opening himself up to the fat cat label."(AVP beklemtoning)