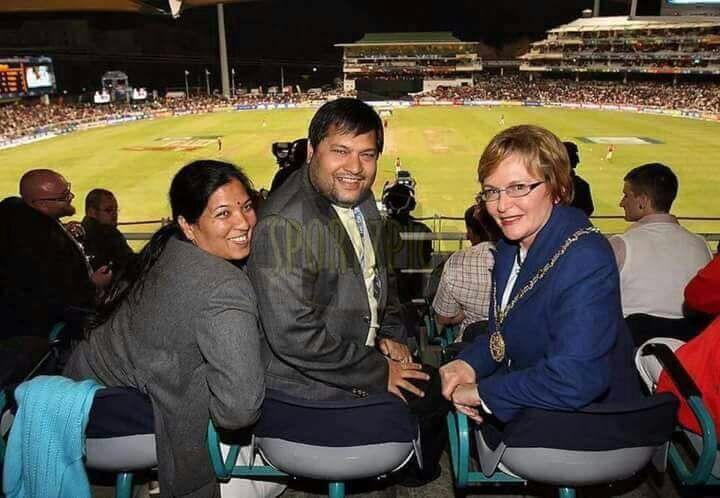 Until now, Zille has refused to name the donor, citing confidentiality, and the New Age did not state whether Atul Gupta was the donor, even though the letter was addressed to him. 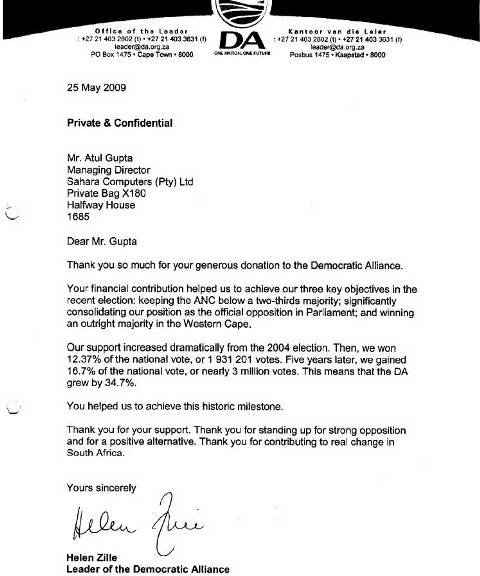 According to the newspaper, the donor said that at no stage was there a handing over of cheques to Zille at the Gupta residence. "In fact, quite the opposite occurred. There were various meeting[s] at the family home between Zille and members of the Gupta family."

"The first electronic funds transfer [EFT] was done by Sahara [a company owned by the Gupta family]. The rest of the EFTs were also made through Sahara."

He said he received four "frantic" calls from Zille on Monday asking for information about the donations.

"It was clear that she could not remember what had transpired in her engagements with the Gupta family," he was quoted as saying.

"From the beginning there was no confusion. I was representing the Gupta group of companies. "Surely, she could not have been under the impression that I took her to the Gupta house for cake, tea and good food," he told the New Age, which is owned by a Gupta concern.

Favoured guests Zille said on Tuesday that an executive in a company owned by the Guptas pledged R200 000 to the Democratic Alliance in 2009.

He later pledged another R100 000 in his personal capacity. She said the donor had suggested she fetch the cheque at the Guptas' house in Saxonwold, Johannesburg.

"I and my colleague Ian Davidson duly went to the Guptas' home, ate some of the most delicious food I have ever eaten, and received the cheque for R200 000 from the individual," she said.

"It was a personal cheque, from his personal bank account. It did not come from a Gupta company, nor from the Guptas, but it was handed over at their home.

"Because we had been guests at the Gupta's home, our fundraising department included our standard letter of thanks to the Guptas, even though the donation had not come from them," Zille said.

She said she had phoned the donor after the initial media reports to ask him if she could name him, but he declined and said he did not want his name in the papers.

"He is not a Gupta. He is an executive in a company owned by the Guptas," she said. Arendse said the funding of the New Age newspaper and their links to the ANC would be discussed at the DA briefing on Wednesday.