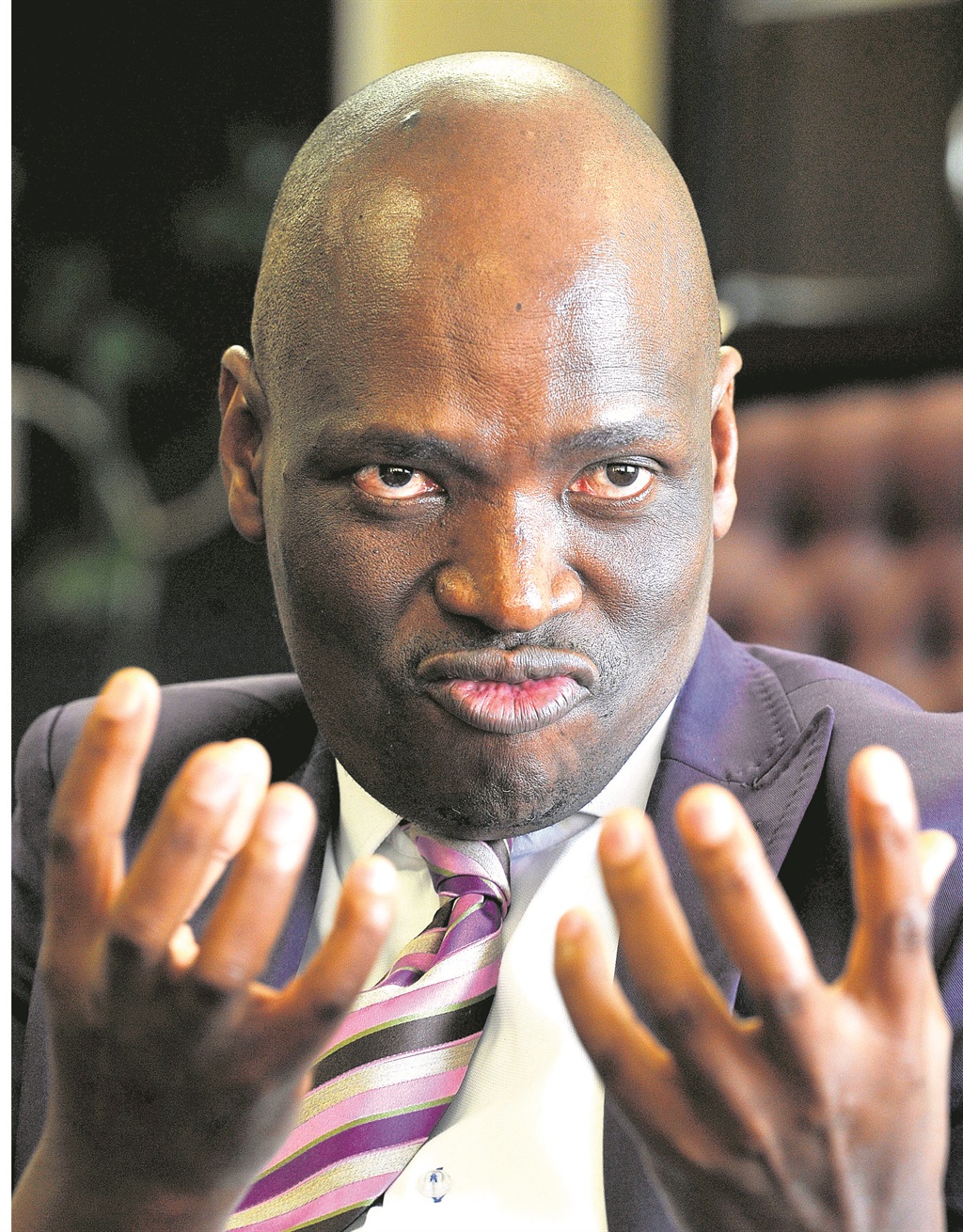 Impeccable sources have independently confirmed that a sum of R11.4 million was this week paid to Motsoeneng in two payments of R5.7 million as commission or a bonus for his handling of the controversial R500 million SABC deal with MultiChoice to create SABC channels on DStv. “And that’s not an accurate amount,” said a source. “What he was paid was R11.4 million after tax, not before tax.”

Johannesburg - SABC boss Hlaudi Motsoeneng this week scored himself a massive R11.4 million bonus and managed to hold on to his job despite current controversy.

So when he declared that he would “come back stronger” at the SABC at the funeral of kwaito star Mandoza, his confidence was well founded because he had already received notice that he was to retain power at the public broadcaster and that millions were due to flow into his bank account.

A letter confirming his redeployment to a senior position as group executive for corporate affairs had already been sent to Motsoeneng, just days after a Supreme Court of Appeal (SCA) ruling dismissing his application to appeal a high court ruling that set aside his permanent appointment as chief operating officer (COO), owing to findings by the Public Protector.

According to four well-placed and independent sources at the SABC, Motsoeneng will then be asked to act in the vacant position of COO – putting him right back where the courts said he should not be.

Asked for comment, Motsoeneng said he did not wish to speak to the media.

The intention to allow Motsoeneng to act in his former position flies in the face of the SCA decision and is despite the presidency releasing a statement this week that it noted and respected the SCA ruling.

Motsoeneng refused to respond to specific allegations when City Press spoke to him yesterday.

“I am not speaking to the media. Those who know better will talk to you ... But you know I can’t speak to the media.”

The game of musical chairs was not the only shocker revealed in a City Press investigation into the latest turmoil at the SABC.

Impeccable sources have independently confirmed that a sum of R11.4 million was this week paid to Motsoeneng in two payments of R5.7 million as commission or a bonus for his handling of the controversial R500 million SABC deal with MultiChoice to create SABC channels on DStv. “And that’s not an accurate amount,” said a source. “What he was paid was R11.4 million after tax, not before tax.”

Highly placed sources also revealed that this was not Motsoeneng’s entire commission package for the MultiChoice deal – which they said would total R33 million over three years. The SABC did not respond to questions about the bonus, but City Press was led to believe the bonus decision was made on the recommendation of the governance subcommittee of the SABC board.

A member of the board insisted that “the full board had never approved” a bonus for Motsoeneng for the Multichoice deal. Another member said the only bonus approved by the board had been for SABC executives who had not received a 13th cheque since 2009. “If they paid him that, then it is illegal,” said one of the board members. “It goes against the SABC’s own policy.”

But that’s not the only commission or bonus for Motsoeneng that the City Press team learnt of this week.

A source said that it was fairly common knowledge within the SABC that Motsoeneng had also been promised a huge “bonus” for his work in allegedly winning back the right to broadcast Bafana Bafana matches on the public broadcaster.

City Press could not verify what amount was being mooted for the football bonus and the SABC did not respond to queries by the time of going to print.

In 2014, Siyaya Free to Air TV, which received a pay TV licence, secured exclusive radio and TV broadcasting rights to Bafana Bafana games in a six-year broadcast deal reportedly worth more than R1 billion. Losing these rights was embarrassing to the SABC.

Then, in May last year, Motsoeneng went on SABC2’s Morning Live show to announce that he had secured a three-year agreement with the SA Football Association (Safa) to screen national team matches.

Safa and Siyaya denied his claims furiously, but sources in the SABC this week said that Motsoeneng, working on a ministerial level, had indeed bought the rights – at the cost of tens of millions of rands – from Siyaya.

This was confirmed by board members, who were not willing to reveal the exact amount that the Bafana Bafana matches cost. City Press was led to believe the cost was in excess of R75 million.

In another SABC sports bungle that emerged this week, City Press learnt of the hugely expensive flop concerning the SABC’s coverage of the 2016 Paralympic Games in Rio, Brazil.

The Broadcast, Electronic, Media and Allied Workers’ Union president Hannes du Buisson told City Press that the SABC had signed a deal with SuperSport for the rights to broadcast live footage from the games “that was so badly negotiated that the SABC was not allowed to broadcast the opening or closing events live, and was only allowed quick in-and-out live broadcasts when South Africans were competing”.

Du Buisson said that SABC employees who were working at the Games reported to him that they began broadcasting everything, using four live feeds.

“They were not aware of the deal at first. Then, I am told, SuperSport sent a letter telling the SABC to stick to its contract. The SABC crew was sent back home.”

The SABC and SuperSport did not respond to queries about the matter by the time of going to press.

Asked about the implications of Motsoeneng’s new appointment as boss of corporate affairs, Du Buisson said: “We will challenge that at once. It’s not even about the man – he’s not that important to us – but the principle.

“The SABC must follow its own internal processes and procedures. Posts have to be advertised.”

Humphrey Maxegwana, the chairman of Parliament’s portfolio committee on communications, to which the SABC accounts, said they had been scheduled to meet with the broadcaster in November, but following this week’s developments, that meeting would be brought forward.

Maxegwana said the committee wanted a briefing from the board on what was happening at the SABC, especially in relation to Motsoeneng.

“At the moment, we are just like you. We know about the court judgment, but we don’t know what they are doing about it. What we know is what we read in the media,” he said.

Motsoeneng’s lawyer, Zola Majavu, said: “It is now an employer-employee issue. As such, I do not have instructions to comment further. I am also in the US for other clients’ matters.”

Kaizer Kganyago, SABC spokesperson, said he was not at liberty to discuss SABC board issues in the media.

Other key players threatened legal and even criminal action against Motsoeneng and the SABC.