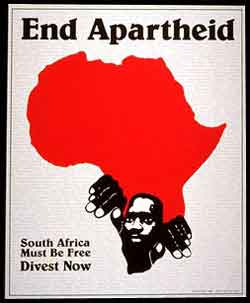 Africa is facing a new and devastating colonial invasion driven by a determination to plunder the natural resources of Africa, especially its strategic energy and mineral resources. That’s the message from a damning new report from War On Want 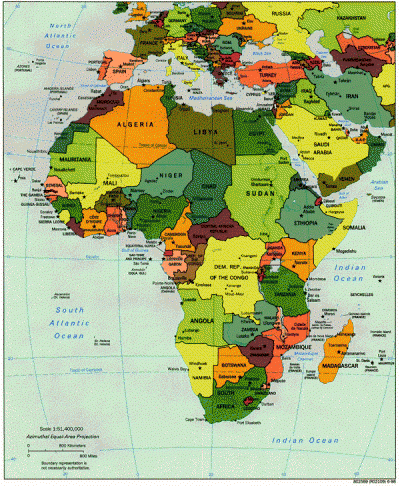 ‘The New Colonialism: Britain’s scramble for Africa’s energy and mineral resources’ that   highlights the role of the British government in aiding and abetting the process.

Written and researched by Mark Curtis, the report reveals the degree to which British companies now control Africa’s key mineral resources, notably gold, platinum, diamonds, copper, oil, gas and coal. It documents how 101 companies listed on the London Stock Exchange (LSE) – most of them British – have mining operations in 37 sub-Saharan African countries and collectively control over $1 trillion worth of Africa’s most valuable resources.

Augmented by WTO rules, Britain’s leverage over Africa’s political and economic systems has resulted in a company like Glencore being able to to show revenues 10 times that of the gross domestic product (GDP) of Zambia.

Under the guise of the UK helping Africa in its economic development (a continuation of the colonial paternal narrative), $134 billion has flowed into the continent each year in the form of loans, foreign investment and aid, while British government has enabled the extraction of $192 billion from Africa mainly in profits by foreign companies, tax dodging and the cost of adapting to climate change.

The report highlights the roles played by major companies, such as Rio Tinto, Glencore and Vedanta. From the displacement of people and killings to labour rights violations, environmental degradation and tax dodging, Africa appears to have become a free for all. In only a minority of mining operations do African governments have a shareholding in projects. And even if they do, it tends to be small at 5-20%. 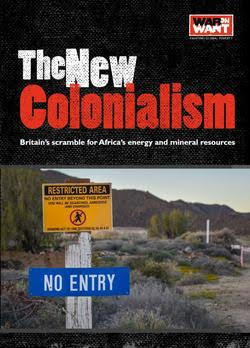 In the report, Mark Curtis argues that an African country could benefit from mining operations by insisting that companies employ a large percentage of their staff from the country and buy a large proportion of the goods and services they procure from the country. However, World Trade Organisation rules prevent African countries from putting such policies in place.

Countries could also benefit from corporate taxation, but tax rates and payments in Africa are minimal and companies are easily able to avoid paying taxes, either by their use of tax havens or because they have been given large tax incentives by governments — or often both. And when companies export minerals, governments usually do not benefit at all. Governments only benefit from exports when there is an export tax. There are almost none in Africa.

Various case studies of abuses and disregard for people’s rights

One of the case studies in the report is the scramble for gas and oil in Moroccan-occupied Western Sahara. Morocco has occupied much of Western Sahara since 1975. Most of the population has been expelled by force, many to camps in the Algerian desert where 165,000 refugees still live. Morocco’s occupation is a blatant disregard for international law, which accords the Saharawi people the right to self-determination and the way in which their resources are to be used.Over 100 UN resolutions call for this right to self-determination but UN efforts to settle the conflict by means of a referendum have been thwarted by Morocco. The International Court of Justice has stated that there are no ties of sovereignty between Morocco and Western Sahara, and no state in the world recognises Morocco’s self-proclaimed sovereignty over the territory. Despite this, six British and/or LSE-listed companies have been handed permits by the Moroccan government to actively explore for oil and gas resources, making them complicit in the illegal and violent occupation of Western Sahara.

Cairn Energy, based in Edinburgh and LSE listed, is one such company. It is part of a consortium, led by US company Kosmos Energy, that in December 2014 became the first to drill for and later discover oil off the coast of Western Sahara. The former Director of Britain’s Secret Intelligence Service, MI6, Sir Richard Dearlove, has been a member of the Kosmos Board of Directors since 2012.

Saharawis have consistently protested against the exploration activities of oil companies in Western Sahara, but by doing deals with the Moroccan government oil companies such as Cairn are directly undermining the Saharawis’ right to a referendum on self-determination.

Cairn’s claim to support human rights are hard to square with Morocco’s activities in Western Sahara, where basic rights and freedoms are routinely suppressed by the same authorities which have given oil companies ‘rights’ to operate.

The report states that, instead of reining in companies such as Cairn, the British government has actively championed them through trade, investment and tax policies. Successive British governments have long been fierce advocates of liberalised trade and investment regimes in Africa that provide access to markets for foreign companies. They have also consistently opposed African countries putting up regulatory or protective barriers and backed policies promoting low corporate taxes.

In response to the report’s findings, War on Want believes that UK companies must be held responsible for their behaviour in Africa and that the UK government must be held accountable for its complicity in the plunder. It supports calls for mining revenues to stay in the countries where they are mined; for raw materials to be processed in the countries where they are mined to promote maximum value addition; and for governments to act to protect the rights of people affected by mining rather than protecting the profit margins of corporations exploiting them.

On the back of the report, Saranel Benjamin, International Programmes Director at War on Want, says:

The African continent is today facing a new colonial invasion, no less devastating in scale and impact than the one it suffered during the nineteenth century. It’s a scandal that Africa’s wealth in natural resources is being seized by foreign, private interests, whose operations are leaving a devastating trail of social, environmental and human rights abuses in their wake. For too long, British companies have been at the forefront of the plunder, yet rather than rein in these companies, successive UK governments are actively championing them through trade, investment and tax policies. It is time British companies and the UK government were held to account.

It is not the first time we see the enabling role of government where the private sector is concerned, regardless of the massive adverse impacts on people, communities and the environment. In capitalism, the state’s role is first and foremost to secure the interests of private capital. In 2014, former British Ambassador to Uzbekistan Craig Murray said that as a state the UK that is prepared to go to war to make a few people wealthy. He added that he had seen things from the inside and the UK’s foreign interventions are almost always about resources.

Military intervention is, however, often the final resort. The institutions of international capitalism – from the World Bank, the IMF and the WTO to the compliant bureaucracies of national states or supranational unions – facilitate private capital’s ability to appropriate wealth and institute everyday forms of structural violence (unemployment, infant mortality, bad housing, poverty, disease, malnutrition, environmental destruction, etc) that have become ‘accepted’ as necessary and taken for granted within mainstream media and political narratives.

When referring to Western countries, those narratives like to use the euphemism ‘austerity’ for deregulation, privatisation and gross inequalities and hardship, while hiding being the mantra ‘there is no alternative’.

When referring to Africa, they use the euphemism ‘helping Africa’ for colonialism and economic plunder, while hiding behind the term ‘investing in’.