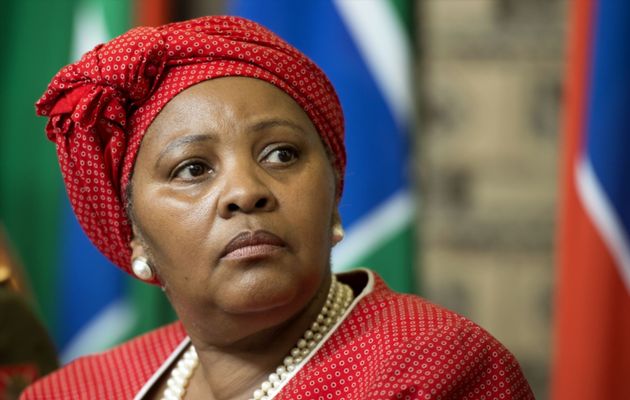 "Sometimes these young people train and they run short of flying hours before they can get their wings," explained Mapisa-Nqakula. "We can't give them those flying hours because there are no aircraft," she said. File photo
Image by: Gallo Images / Rapport / Deaan Vivier

Some of the South African Air Force's (SAAF) planes were stolen and put in museums, which is why there were not enough planes for pilots to get their wings, Defence Minister Nosiviwe Mapisa-Nqakula said on Tuesday.

"We have a problem," she said in response to a question to the National Council of Provinces (NCOP) on why SAAF pilots were being sent to Russia and Cuba to train.

"Sometimes these young people train and they run short of flying hours before they can get their wings," explained Mapisa-Nqakula. "We can't give them those flying hours because there are no aircraft," she said.

"I tell you that some of the aircraft were taken by some of the people who left the Air Force and they belong to them in their museum.

Get our planes back

But, in spite of this, none of the SAAF flying schools were closed.

Economic Freedom Fighters NCOP member, Leigh-Ann Mathys, urged her to go and get them back and said the EFF would support the government in this.

"We must bring our stolen stuff back. If people stole our equipment we must go and get it back. Just like our land."

In January 2005, three people were arrested at the SA National Military History museum in Saxonwold, Johannesburg for being in possession of equipment suspected to be stolen, or used without permission.

They were released after the prosecution declined to proceed.

According to DefenceWeb, in 2005 a Ratel military vehicle was confiscated from the museum on suspicion of being there illegally, but it was handed back last year. (Beklemtoning van die AVP)