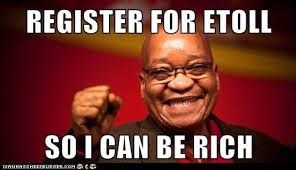 The Congress of South African Trade Unions (Cosatu) – an ally of the ruling ANC party – says it “is deeply incensed and disappointed” that President Jacob Zuma has now officially signed all the tax legislation from 2015 into law.

The state “has appropriated too much power to itself and … does not believe that it is beholden to the people anymore”‚ the strongly worded statement issued by Cosatu national spokesperson Sizwe Pamla read.

“The workers reject the notion perpetuated by this action that a tiny elite of government bureaucrats and mandarins are better placed to decide and dictate to workers‚ when and how to spend their deferred salaries.”

Cosatu said the legislation that the president has given a go-ahead to is the 2015 Tax Laws Amendment Act and the Tax Administration Laws Amendment Act‚ meaning that all retirement reforms related to tax harmonisation on retirement contributions and benefits will come into effect on 1 March 2016.

“This is an outrageous and blatant act of provocation by the ANC-led government that will have dire and lasting consequences on the relationship between government and the workers.

“This is not just a slight against the federation and the emasculation and undermining of the National Economic Development and Labour Council (NEDLAC)‚ but it is an offense against all working people‚ who have their deferred wages to look forward to after retirement.

“This disdainful act of provocation by government will get an appropriate and equal response from the workers.

“Workers will fight any attempts to impose the compulsory preservation of our hard-earned deferred wages. We will spare no effort to stop this tyranny; because no government has a right to unilaterally decide for workers‚ how and when to spend their retirement savings.”

Cosatu added: “Regardless of the sincerity and noble motives of those‚ who have nationalised the pensions of the workers without their consent‚ they are leading us on a slippery slope of government autocracy”.

“We refuse to be coerced into accepting greater government activity and involvement in the affairs of individual workers and also find it deeply disturbing to see government using coercion and force to achieve its purpose‚ which is outside of its legitimate functions. This is a barefaced perversion of the system‚ where worker’s undeniable rights are considered to be the dispensation of government. These savings are part of worker’s hard-earned salaries and should be accessible to the workers‚ as and when they need them‚ especially in the absence of a comprehensive social security.

“This is a disturbing sign that our movement is abandoning the people-driven and people-centred approach to development. It is unacceptable that when we ask to be given a comprehensive social security and retirement reform discussion paper‚ which government has failed to deliver for more than ten years‚ we get given the Taxation Laws Amendment Act; and when we take this process to NEDLAC‚ where government is represented by the National Treasury‚ they abandon the engagements to pursue their planned retirement reforms unilaterally.”

Cosatu warned of possible consequences for its alliance with the ANC‚ stating: “By signing this Act‚ the president has poisoned the relations between the ANC-led government and the workers‚ he further weakened the alliance and has given considerable comfort to our enemies. This will do nothing to disprove the assertions and suppositions that the movement panders to the Left during vote-harvesting periods and delivers to the Right afterwards. This will complicate the campaigning for the upcoming local government elections because workers will also find it hard to be persuaded to vote against their interests”.

Cosatu said the issue would top of the list of priorities to be discussed by the upcoming Central Executive Committee (CEC) meeting of the federation next month.

held last year. We demand that both parliament and the president scrap the act and we also reiterate our position that we will never allow this government unilateralism to overrun and erode hard-earned workers rights.”
Vorige Volgende
Kategorie: Afrikaner